Recently, Munich suffered from a rampage of a single male who killed nine people before committing suicide. The whole city was under alert and people were scared recalling the pictures of recent terrorist attacks in Nice, Paris, Brussels and many other places outside of Europe. The coup in Turkey and the clean-up of the government raised concerns about human rights and increased the tensions in the region. Will the next wave of refugees knock at the doors of Europe? Syria, Libya, Nagorno-Karabakh, Ukraine, Southern Sudan and many other regions experience a civil war and ongoing violence. In the United States racial unrests spread after police violence against African Americans. The Brexit referendum causes political turmoil in Great Britain as well as in the European Union. Economic troubles in Southern Europe, Venezuela, Brazil and many other countries all over the world demonstrate that the globe is in disarray. Climate change, global incidents like “El Nino” with flooding in some regions and drought in others seems to be the “normal” state. Military tensions between NATO and Russia in the Baltics, between China and its southern neighbors because of some islands in the South China Sea and in the Middle East between various players are sadly ending a period of perceived stability and peace. Not to talk about religious motivated attacks in Europe, Middle East, India and other countries in Asia and Africa. Will this continue and do we need to get used to it? Can we do something about it and is project management helping us out of this troubles? 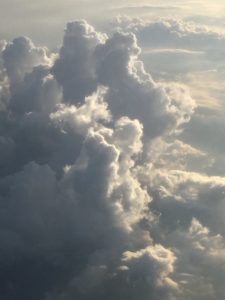 My generation, born in the 1960s has experienced a relatively pleasant period of peace, prosperity and stability. From a European perspective, the fall of the Berlin Wall brought us many new perspectives and freedom, maybe the peaceful change in Europe caused nowadays unrest between Russia and Europe / NATO in the last couple of years? The financial crisis in 2008 caused many states to fail as their models were not sustainable and difficult to adapt to new financial rules and regulations. The religious tensions between Sunni and Shiites brought tensions into the Middle East, being finally unleashed after the intervention of the United States into Iraq and neighboring countries. Violence caused violence, spread over all borders and came with the refugees into Europe. However, the roots of those conflicts may have been set already in the early 20th Century during colonization. I could continue forever analyzing causes and effects, it would not help us to understand nor to overcome the challenges. For me it is more important to show perspectives out of the vicious circle… 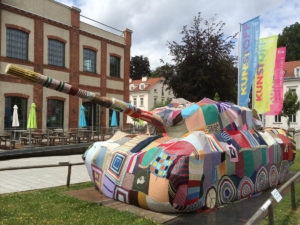 The United Nations should become more democratic and the “veto power” of some members should be terminated as it is one cause of the inability of the UN to cope with  the challenges. The UN should develop a Global Vision, Mission and Strategy to return to peace, overcome poverty and protect our nature. Through project management we could help the political initiatives to be implemented and successful. Project and programme management should be at the heart of the United Nations and all countries involved to get things done and cope with the many challenges. All this is change, non-technical, humanitarian and highly-political, balancing the multiple interests of many people throughout the world. Do we have another chance? Francois Mitterrand was a wise man when he once said the nationalism means war. He was born into WWI and fought in WWII. Thus, the European Union was a means to overcome nationalism in Europe and supported peace in the region for many years. The increasing nationalism in many parts of the world causes instability, violence and suffer for the people. Let´s make an advantage out of the many challenges we have and lift the world up to the next level!