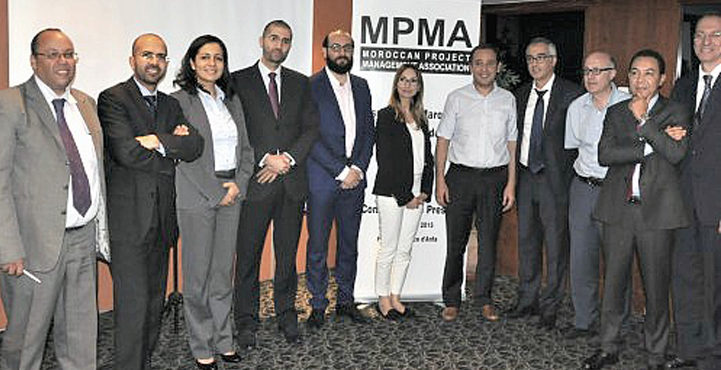 In June 2015, Moroccan Project Management Association (MPMA) was born. At this occasion a press conference was organized in Casablanca to which IPMA was invited.

Journalists from TV, written and electronic press were invited by the board of MPMA to the Palace d’Anfa, a five star hotel in Casablanca. The elected President Ms. Nawal Gharmili-Sefrioui explained the need of Morocco to increase its project management competences and how MPMA would contribute to face this challenge.

Projects in Morocco are increasing in number and many of them are large infrastructure projects. King Mohammed VI speeds up the transformation process of the country’ development particularly through mega projects. To be quoted: construction of high speed train Tanger-Casablanca, extension of harbors in the Mediterranean shore, construction of an oil harbor Nador West near the Algerian boarder, extension of harbors on the Atlantic coast (Casablanca and Kenitra), construction of automotive plants with from Renault and Peugeot, the development of solar energy plants in Ouerzazate the restructuring of the capital Rabat into the city of light (Projet de ville lumière) and finally the restructuring of the city of Casablanca, the economic lung of the Kingdom. The President of MPMA insisted on the need to increase the visibility of the association and the number of its members thanks to this press conference. It was the occasion for the ten members of the young board to answer the many questions of the journalists from different press organisations.

IPMA supported by the French member SMAP incubated the creation process of MPMA nine months ago. Today mentoring the board to elaborate the roadmap 2015-2017 is critical for the newly born association. Some of the milestones of MPMA mentioned during the conference are: working to apply for IPMA membership, creating a certification body, develop a young Crew and prepare the next event in 2016 to which IPMA executive board is kindly invited. The young and dynamic board is made of project managers with experience from different sectors: strategy consulting, telecommunication, construction, certification, training and pharmaceutical industry. Their commitment is great and the fact that in the middle of the holy month of Ramadan a press conference and three working meetings with IPMA representative took place is a good proof of the motivation of the team.

The press conference was also the opportunity to advertise IPMA Congress in Panama. At least one person of the MPMA board will attend IPMA congress. We hope that other will follow in-challah !