The German Reunification – seen through the eyes of project management

Last week I had the great opportunity to present in Korea my views on the German Reunification. Korea is divided since the end of the Korean War, a Reunification does not seem to be likely today, however the people still aspire it and are highly interested to learn from the German case. Through my presentation I analyzed the developments in Germany after World War II, the fall of the Berlin wall, the German Reunification in 1990 and the developments since then. My special emphasis was on project management, which was a rather unique perspective for the Korean audience.

The occupation of Germany during World War II by foreign troops (France, Great Britain, Soviet Union and USA) and the rise of the Cold War led into the division of Germany. The eastern and western part of Germany proclaimed to be the one and only state of Germany in 1948. Both states developed with a different pace. Especially in Berlin the tensions increased and led into the separation of both parts by a wall (“Berlin Wall”) between the East and West in 1961. The situation got worse. In 1989, many people of the German Democratic Republic escaped the country through Hungary. Finally, the Berlin Wall fell and German Reunification was possible. It was a combination of strong leadership, assertiveness, persistence and diplomacy demonstrated by Helmut Kohl as Chancellor, Hans-Dietrich Genscher as Foreign Minister and Wolfgang Schäuble as Interior Minister, who made the Reunification happen. They achieved the support by Michael Gorbachev, Margaret Thatcher, Francois Mitterand and George Bush and started negotiations with the counterparts of the former German Democratic Republic. Finally, during 1990 a Reunification Treaty was signed and the process of Reunification could begin. 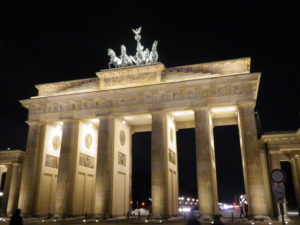 Hence the situation was so unique and the Reunification happened quite fast, nobody thought through the process and a masterplan was not available to shape the huge transformation that started in 1990. A special agency, the “Treuhandanstalt”, was established to deal with the assets of the former German Democratic Republic including but not limited to real estates, industries, equipment etc. The process of selling and finding the original owners of many properties took them nearly 15 years and still some issues are unresolved. A major reconstruction programme took place in order to build highways, waterways and railways between the East and West of Germany and especially Berlin. Until nowadays, nearly 50 Billion Euros were spent on infrastructure projects. This year the next tranche of projects and programmes was launched for the period of 2016 through 2030. Besides infrastructure, massive investments had to be spent for buildings, energy provision and social systems. The capital was moved from Bonn to Berlin, which triggered many projects to move parliament, government and personnel to Berlin. Still some institutions are left behind in Bonn. The cost for Reunification are difficult to calculate, some sources state 100 Billion Euros per year, which would account it to 2,6 Trillion Euros since the Reunification happened. The public debt of Germany grew from 500 Billion Euro in 1990 to 2,2 Trillion nowadays. The question, whether these debts were caused only by Reunification is difficult to answer. Nevertheless, Germany profited a lot from Reunification, businesses grew nationally and internationally, Germany is an economic powerhouse in Europe. Still not all issues of Reunification are resolved. Right after Reunification many people moved to the Western parts of Germany to find a job and still commute on a weekly basis. The level of income and wealth is different between East and West, some areas in the East are unpopulated or lacking an economic or social perspective. The influx of refugees last year was not welcomed in major parts of the East, right-wing parties are still gaining ground and building on people unhappy with their situation. 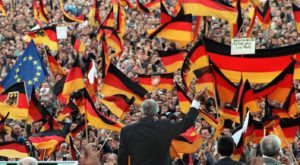 The lack of a masterplan for the huge transformation Germany caused many troubles and is one of the main reasons, why Reunification is not yet complete. Projects and programmes were planned and realized through various parties and achieved the main deliverables. However, they could have achieved much better having professional project management institutions (e.g. a “PMO” for Reunification), processes (e.g. PM-Standards of DIN or ISO) and competencies for project personnel (e.g. IPMA ICB) available. Korea could learn from such experiences. The situation of Korea is slightly different, the economic gap for example is much worse between North and South Korea than it was between East and West Germany. The people in Korea that I talked to are especially afraid of the high cost of the Korean Reunification, which could ruin the South. This is why the “case” of a potential Korean Reunification should be thoroughly calculated and prepared as special Transformation Programme. The management of the programme, including the management of all projects as well as the change and transformation, is an approach critical for the success of such a huge endeavor.