Projects and project management in the Philippines 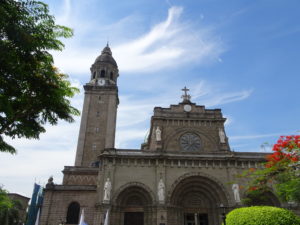 The Republic of the Philippines is a country composed of about 7,600 islands in the Southeast of Asia. Bounded by the South China Sea on the west, the Philippine Sea on the east and the Celebes Sea on the southwest, the Philippines shares maritime borders with Taiwan to the north, Vietnam to the west, Palau to the east and Malaysia and Indonesia to the south. The country is prone to earthquakes and typhoons as it is situated on the Pacific Ring of Fire and close to the equator. However, the country is rich of natural resources and offers some of the world’s greatest biodiversity. The population of the Philippines counts to approximately 100 million, however more than 10 million of them work abroad, for example in the Middle East, Australia or the United States of America. 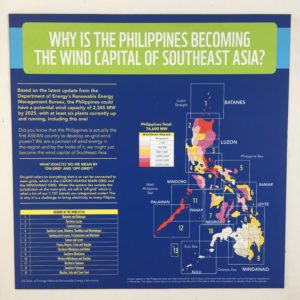 The country was named after King Philip II of Spain after its discovery by Ruy López de Villalobos in the year 1542. Thirty years later, the Spanish Crown established Manila as the capital of the Spanish East Indies and maintained their influence until 1898. Spanish rule brought political unity to the fragmented states of the archipelago and helped to increase the trade between the archipelago and the Kingdom of Spain. The Manila galleons  the largest wooden ships ever built in the world, were constructed in the Philippines and made their way once or twice per year across the Pacific Ocean from Manila to Acapulco, across Mexico towards Spain bringing to Spain their cargoes of luxury goods, economic benefits, and cultural exchange. The galleons sailed north to the 38th parallel north, off the east coast of Japan, before catching the eastward-blowing winds that would take them across the Pacific, reaching the west coast of North America and heading south towards Acapulco. In 1898, the Philippines were ceded by Spain to the United States as a result of the latter’s victory in the Spanish–American War. After WWII, the country was finally allowed independency.

The Philippine economy is the 36th largest in the world, with an estimated 2016 gross domestic product (nominal) of $311.687 billion. The country is primarily considered a newly industrialized country, which has an economy transitioning from one based on agriculture to one based more on services and manufacturing. Main industries comprise of electronics assembly, aerospace, business process outsourcing, food manufacturing, shipbuilding, chemicals, textiles, garments, metals and petroleum refining. It´s currently one of Asia’s fastest growing economies. However, major problems remain, one of which is the wide income and growth disparity between the country’s different regions and socioeconomic classes.

Many projects are performed by the Asian Development Bank (ADB)  and the Worldbank in areas such as infrastructure, public transport, education, climate resilience, rural development and renewable energy. Renewable energy projects include wind and solar power, bio mass as well as hydro. Furthermore, large projects are under way in order to improve the infrastructure for air, land and rail transport. For example, in Manila the LRT and MRT systems are improved in order to cope with the ever increasing traffic. 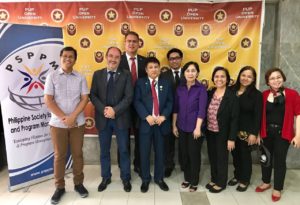 The Philippine Society for Project & Program Management (PSPPM) was kicked-off in the year of 2012 and joint subsequently IPMA as a member. It´s objective is to promote project and program management professionalism through knowledge sharing, recognition and alliance. Main focus today are Engineering and Construction projects. PSPPM is also represented in the Middle East, as many members are engaged in projects of the UAE, Qatar, Oman, Bahrain, KSA and Kuwait. PSPPM collaborates with major universities in Manila. During a workshop of PSPPM at the Polytechnic University of the Philippines IPMA major trends in project, programme and portfolio management were presented to more than 250 students and professionals. PSPPM wants to start education and training programmes based on the ICB, preparing people for certification according to the IPMA 4-Level-Certification System