Projects and project management in Kazakhstan

The Republic of Kazakhstan is the world’s largest landlocked country, and the ninth largest in the world. The terrain of Kazakhstan covers an area of about 2.8 million square kilometres including deserts, flatlands, steppe, taiga, rock canyons, hills, deltas, snow-capped mountains, and a large part of the Caspian Sea. It´s bordered by the countries of Russia, China, Kyrgyzstan, Uzbekistan, and Turkmenistan.

The territory of Kazakhstan has historically been inhabited by Turkic nomads, during the 13th century, and joined the Mongolian Empire under Genghis Khan. By the 16th century, the Kazakh emerged as a distinct group, but as the Russians began advancing into the Kazakh steppe in the 18th century, and by the mid-19th century, they nominally ruled Kazakhstan as part of the Russian Empire. Following the 1917 Russian Revolution, and subsequent civil war, the territory of Kazakhstan was reorganised several times. In 1936, it became part of the Soviet Union  and was named “Kazakh Soviet Socialist Republic”. During the dissolution of the Soviet Union, Kazakhstan declared its independence and President Nursultan Nazarbayev has been leader of the country since then. 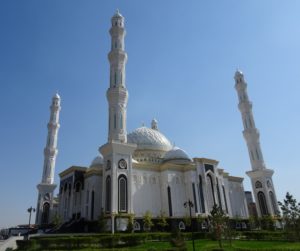 Kazakhstan is the dominant nation of Central Asia economically, generating 60% of the region’s GDP, primarily through its oil and gas industry. It also has vast natural resources including but not limited to iron ore, manganese, chromite, lead, zinc, copper, titanium, bauxite, gold, silver, phosphates, sulphur, iron and steel. The country´s industry produces tractors and other agricultural machinery, electric motors, construction materials and is also well known for a developed space infrastructure. In 2012, President Nazarbayev announced the Kazakhstan 2050 Strategy  under the slogan ‘Strong Business, Strong State.’ It proposes sweeping socio-economic and political reforms to hoist Kazakhstan among the top 30 economies by 2050. In this document, Kazakhstan gives itself 15 years to evolve into a knowledge economy. New sectors are to be created during each five-year plan, e.g. the first of the five-year plans focused on developing industrial capacity in car manufacturing, aircraft engineering and the production of locomotives, passenger and cargo railroad cars.

Triggered by the 2050 Strategy the country performs many projects and programmes. For example, visiting the city of Astana, you can experience stunning buildings designed by world-famous architects. The Government is investing heavily in spectacular buildings as well as embracing green building techniques, methodologies and materials in its quest to push renewable energy and construction. The eco-friendly designed Expo City demonstrates the country´s ambitions when it comes to green buildings. Several million visitors from all over the world have already visited this year´s Expo, which will close its doors on September 10th. Many projects are performed in the oil and gas sector, modernizing refineries and industrial installations. Projects for renewable energy are growing in numbers, but are still lacking behind other countries, maybe because of the availability of coal, oil and gas. The Government is closely working with a number of institutions such as the European Bank for Reconstruction and Development (EBRD) and the Asian Development Bank (ADB) to improve the investment conditions and environment. 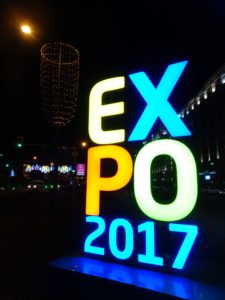 The Kazakhstan Project Management Association (KPMA) was established in 2003 and subsequently became a member of IPMA. It is popularising the methodology of project management in Kazakhstan by promoting global best practices, international certification of individuals and organisations according to IPMA Standards as well as providing advice for the implementation of project management in organisations. KPMA cooperates with national and private companies, banks, governmental and public organisations on preparation of certified project managers. It organises events for young and senior professionals. In 2017, KPMA together with the Nursultan Nazarbayev Educational Foundation and the Ministry for Investment and Development of the Republic of Kazakhstan invited the world to Astana celebrating the 30th IPMA World Congress.