Projects and project management in Argentina

Argentina is a federal republic forming the key part of Southern America. It is bordered to the west by Chile, by Bolivia and Paraguay to the north, Brazil to the northeast, Uruguay and the South Atlantic Ocean to the east, and the Drake Passage to the south. The flag is a horizontal triband of light blue (top and bottom) and white with the Sun of May centered on the white band. The mainland is covering an area of 2,780,400 km2, thus Argentina is the eighth-largest country in the world, the second largest in Latin America, and the largest Spanish-speaking one counting approximately 45 million inhabitants.

The history of Argentina can be divided in four periods: the pre-Columbian time or early history (up to the sixteenth century), the colonial period (1530–1810), the period of nation-building (1810-1880), and the history of modern Argentina (from around 1880). The first Europeans arriving at the shores of Argentina were the Portuguese Gonçalo Coelho and Amerigo Vespucci, however the Spanish Crown later took possession of the land and in 1776 formed the Viceroyalty of the Río de la Plata, which covers nowadays Argentina, Uruguay, Paraguay and Bolivia. After the defeat of the Spanish Fleet in the battle of Trafalgar, the British tried to invade Buenos Aires and Montevideo in 1806 and 1807, but were defeated both times. Nevertheless, the region gained confidence and started a revolution in 1810. With the declaration of independence on July 9, 1816 and the military defeat of the Spanish Empire in 1824, a federal state was finally formed between 1853 and 1861. 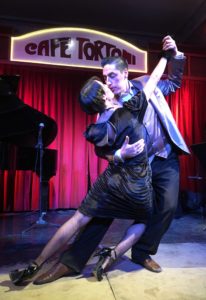 Benefiting from rich natural resources, a highly literate population, a diversified industrial base, and an export-oriented agricultural sector, the economy of the Republic of Argentina is Latin America’s third-largest. However, Argentina´s economic performance has been quite uneven, with high economic growth alternating with severe recessions, income maldistribution and – in recent decades – an increasing poverty. With the new President, a new spirit can be felt, both in economy and society at large. Yet, there is a lot to do in order to change the mentality of the people and to restart the business relations with the world economies. The GDP of about $630 billion is performed in sectors such as agriculture, forestry, and fishing, mining, manufacturing, construction, commerce and tourism, transport, communications, and utilities, government, business, social and other services. The export of Argentina is relatively low. Goods such as soybeans and derivatives, petroleum and gas, vehicles, corn and wheat are exported to Brazil, China and the USA, accounting for approximately $57 billion in 2015. Foreign Direct Investments in Argentina  grew from $350 million in the first quarter to nearly $790 million in the third quarter of 2016, which is a good sign for the prospects of an economic upheaval.

The World Bank is strongly involved in Argentina, covering a wide range of projects in agriculture, health, education, infrastructure and labor, reaching a level of $1.525 million in 2017. Also in construction there are many projects under way, a report highlights the following developments:

– Under the new national housing program Procrear ABC, which was launched in July 2016, the government seeks to provide financial assistance to the low- and middle-class population in order to purchase or renovate a house up to the value of ARS1.5 million. The government’s initiative is expected to boost construction activity in the residential market over the forecast period.

– In June 2016, the governments of Argentina and China signed a memorandum of understanding for the construction of two nuclear power plants, including a pressurized water reactor and a heavy water reactor in Argentina. The project, which is worth ARS167.0 billion (US$15.0 billion), is part of the Argentine government’s effort to achieve self-sufficiency in nuclear power generation.

– In a bid to boost the passenger handling capacity of 19 airports across the country, the ministry of transport announced plans to invest ARS22.2 billion (US$2.0 billion) to upgrade airport infrastructure in September 2016.

– The tourism sector is vital to the economic growth of Argentina. According to the World Travel & Tourism Council, the Argentine travel and tourism industry’s direct contribution to the country’s GDP was 3.9% in 2015, while its total contribution to GDP was 10.7%. Moreover, the travel and tourism industry is expected to attract capital investments worth ARS92.0 billion (US$3.9 billion) by 2026. 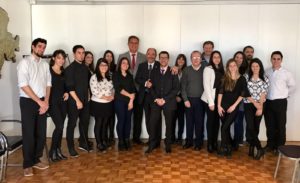 An example for a development programme is the “Plan Belgrano”, a plan aimed at building infrastructure and encouraging industry development in ten of Argentina’s northern provinces, which have historically lagged behind the rest of the country. Or “Puerto Maduro”, the development of Puerto Madero Waterfront, a significant portion of the Río de la Plata riverbank in the city of Buenos Aires. Furthermore, in the energy sector there are large programmes under way, building future capacities in wind, hydro, solar, biomass and biogas. A lot of potentials will come in the next years through governmental programmes and new trade agreements, e.g. between Europe and Argentina.

Since 2014 the Argentinean Association of Project Management (AGPA) is a member of IPMA. It is a non-profit organization, made up of a team of professionals and academics with an outstanding track record in the world of projects. AGPA´s mission is to provide education and training programmes at the undergraduate and postgraduate level on the broad field of projects, to propose to the Argentinian Universities the integration of concepts of Project Management in their curricula, to carry out activities for the diffusion of concepts on Project Management as a profession, and to support the Association´s members in their development as project professionals (e.g. through recognition, education and certification). AGPA is steadily growing, developing a Young Crew, sharing experiences during three project management events throughout the year as well as certifying individuals in the IPMA 4-Level-System. It´s part of LATNET, the regional network of IPMA in Latin America as well as partnering with Funiber, offering world-wide virtual Master Programmes, including but not limited to Project Management.