Projects and project management in Turkey

The Republic of Turkey is a transcontinental country in Eurasia, comprising mainly Anatolia in Western Asia and a smaller portion on the Balkan peninsula in Southeast Europe. Turkey is bordered by eight countries with Greece and Bulgaria to the northwest; Georgia to the northeast; Armenia, the Azerbaijan and Iran to the east; and Iraq and Syria to the south. The country is encircled by seas on three sides with the Aegean Sea to the west, the Black Sea to the north, and the Mediterranean Sea to the south. The Bosporus, the Sea of Marmara, and the Dardanelles, separate Europe and Asia.

The area of what is now Turkey has been inhabited since the Paleolithic age by various ancient Anatolian civilizations. After Alexander the Great conquered the area, it was Hellenized, a process which continued under the Roman Empire until the Seljuk Turks began migrating into the area in the 11th century. The Seljuk Sultanate ruled Anatolia until the Mongol invasion in 1243, when it disintegrated into small Turkish principalities. From the end of the 13th century, Ottomans started uniting these Turkish principalities in Anatolia and then went on to create an empire that became a world power, until important setbacks in the 19th and 20th century forced it to cede strategic territories in Europe, which signaled the loss of its former military strength and wealth. After World War I, the territories and peoples that formerly comprised the Ottoman Empire were partitioned into several new states. The Turkish War of Independence, initiated by Mustafa Kemal Atatürk and his colleagues against occupying Allies, resulted in the abolition of monarchy in 1922 and establishment of the Republic of Turkey in 1923, with Atatürk as its first president. Nowadays, Turkey is a secular, unitary, parliamentary republic; a transition to a presidential system is planned for 2019, following the 2017 referendum. 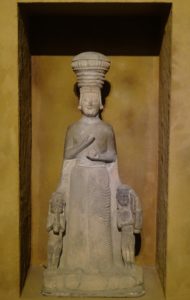 Turkey is one of the emerging markets. With a nominal GDP of 1 Trillion USD it ranks among the world´s top 17 countries. Main industries are textiles, food processing, automotive manufacturing, electronics, tourism, mining (coal, chromate, copper, boron), steel, petroleum, construction, lumber, and paper. The impressive economic performance of Turkey over the past years has sparked high expectations regarding Turkey’s economic future. According to the OECD, Turkey is expected to be one of the fastest growing economies among OECD members during 2015-2025, with an annual average growth rate of 4.9 percent. Nevertheless, recent political tensions between Turkey and European Member states have raised concerns whether the growth rates can be maintained in the future.

What concerns projects, the construction sector is involved in massive investment activities. One example is the Istanbul New Airport. This Third International Airport is under construction in Arnavutköy district on the European side of Istanbul. The airport will be the largest airport in the world, with a 150 million passenger annual capacity. It was planned due to lack of capacity in the existing airports of Istanbul. As of December 2016, 40% of the construction of the airport was completed. The construction started in 2014 and the first part will be ready to serve in 2018. The total cost is approximately 10 billion USD. Another construction project with a budget of approximately 10 billion USD is the  Çanakkale 1915 Bridge, a suspension bridge which will be located at the western end of Marmara Sea that is close to Çanakkale. Its total length will be 3.6 km so it will be one of the longest suspension bridges in the world. It started in 2017 and is expected to be finished in 2023.

As Turkey only produces 26% of its energy demand in the country, it is investing heavily in the energy provision [http://www.mfa.gov.tr/turkeys-energy-strategy.en.mfa] to overcome this situation and cope with the growing demand. Projects are ongoing to push nuclear power, oil and natural gas, renewables and hydro. Early April, Russia´s President Putin and Turkey´s President Erdogan kicked-off the project for establishing four units of nuclear power, each with a capacity of 1,200 megawatts, covering approximately 10% of the energy demand in Turkey.  Furthermore, the renewable energy sector is growing too. Besides being in the leading position of geothermal energy, the Ministry of Energy and Natural Resources published in 2014 a national renewable energy action plan with ambition to build-up Turkey´s renewable energy capacity to reach more than 40 gigawatts by 2020. 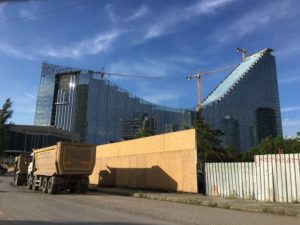 The Turkish Project Management Association (TrPMA) was established in May 2004 and was accepted to join IPMA in 2006. TrPMA is a public organization based on the principles of community of interest, voluntarism, and equality of its members. It proudly hosted in 2010 the 24th IPMA World Congress in the city of Istanbul. TrPMA is cooperating with the Government to move the profession forward in the country. For example, the Higher Education Commission asked TrPMA to support the Project Management Education at University Level. TrPMA is connected to 16 Universities all over the country to share experiences and also international standards, such as the IPMA Individual Competence Baseline (IPMA ICB). TrPMA certifies people according to the IPMA 4-Level-Certification System and supports neighboring countries as well. The Young Crew of Turkey is interested to reach out to the international communities in order to share experiences and learn. IPMA´s Executive Board took the occasion during a stay in May to share experiences with more than 200 participants of a PM Symposium at the Gazi University in Ankara.