Projects and project management in Russia

Russia is the largest country of the world. It spans from the Baltic Sea to the Pacific Ocean, covers eleven time zones and connects Europe with Asia The East-Slavs settled first in the country, later they formed the Kievan Rus, which fell during the Mongolian invasion. However, the Grand Duchy of Moscow re-established power at the end of the Mongolian dynasty, the “Golden Horde”, and expanded the Empire to the East and the South to become one of the largest territories ever. The revolution in 1917 forced Czar Nicholas II to resign and led the country into a socialist state. During the 1920s, the Ukrainian, Byelorussian, and Transcaucasian Soviet Socialist Republics joined in and formed the Union of Soviet Socialist Republics (USSR), or Soviet Union. In the mid-1980s, Mikhail Gorbachev, tried to perform radical reforms through his so-called “glasnost” and “perestroika” in order to preserve the Communist Party during economic stagnation. Nevertheless, the Soviet satellite countries in Eastern Europe overthrew their respective communist regimes in 1989 and Germany re-unified. In 1991, Gorbachev had to resign after political turmoil and a coup d’état which was turned down by Boris Yeltsin, who took over as President. Finally, the Soviet Union was dissolved and most of the post-Soviet states became independent. Russia assumed the Soviet Union’s rights and obligations and is recognized as its continued legal personality. Nowadays, several agreements and regional organisations tie these states together. 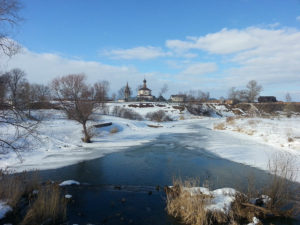 Russia has a diverse mix of industries with state ownership in strategic areas of the economy such as oil and gas, precious metals, nuclear and defence industry. The nominal GDP reaches 1 trillion Euro this year, a decrease of 3.7 % based on 2015. This is due to the fall of oil prices and sanctions of the USA and Europe imposed after the occupation of the Crimea. Russia heavily relies on natural resources for growth and wealth of the nation.  More than 40% of the federal budget and 2/3 of the expert is dependent on oil and gas exports, mainly to Europe but sought to be increased into China and other Asian countries.

Besides energy and mining, Russia developed industry and services during the last 20 years. Foremost, the defense industry is delivering conventional arms, fighter planes as well as nuclear submarines to the world. Other industries, such as Aerospace, Automotive and Nuclear Industry are well developed and contribute to the growth of the country. For example, nuclear industry under leadership of state-owned Rosatom collected a portfolio worth 30 Billion Euro of international projects for Nuclear Power Plants (NPPs). And well-known Space Industry of Russia celebrated this year the fifty-fifth anniversary of Yuri Gagarin´s journey into the outer space. The future space port of Russia is under development in Vostochny, the Far-East of Russia. It will enable Russia to launch most missions from its own land, and to reduce Russia’s dependency on Baikonur in Kazakhstan. The cost are estimated to reach 15 Billion Euro and ignite a significant economic push in the under-developed Far-East. It is not yet clear, when the first rocket will start from Vostochny, but it is certainly one of the most exciting programmes on a global scale. Due to the size of Russia, the transportation sector plays an important role for the economic development. Many projects and programmes are under way. One of the most important programme is the establishment of a high-speed rail system throughout Russia. One of the first high-speed connections are intended to connect Moscow and Kazan. When finished in 2020, it would reduce the time for connecting the two cities from 12 hours to 3.5 hours. The investment amounting to 13 billion Euro helps Russia also strategically to better connect with China and is sought to be the first segment of an ambitious transnational high-speed railway set. Finally, another not industry-related field of project activities is the 2018 FIFA World Cup to be held in Russia from 14 June to 15 July 2018. The investment into the infrastructure is amounting to more than 10 billion Euro. However, the 2014 Winter Olympics have shown the significant cost overrun in most of the projects performed. 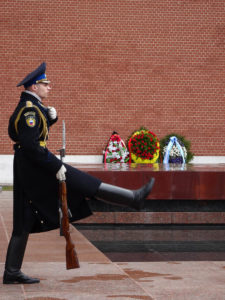 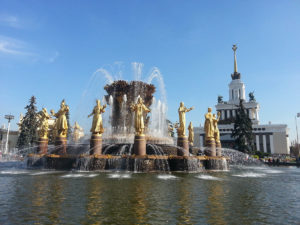 In 1990, SOVNET  was founded as a voluntary association of professionals engaged in preparing, implementation and management of projects in different spheres of activity in Russia. SOVNET is a public, non-profit, professional, international organization acting according to the Russian legislation and the Association charter. The Association unites experience, knowledge and efforts of state and public organizations, private companies, firms, enterprises and individual specialists in the field of Project Management. Since 1990 it is also member of the IPMA. It comprises of several hundred individual members as well as several dozen corporate members, some of them major state-owned institutions. SOVNET is closely connected to universities and plays a decisive role in the education, qualification and certification of project managers in the country. It supports the development of national PM Standards  as well as international PM standards through ISO and IPMA. SOVNET conducts national and regional conferences and events, it awards excellent projects and project managers and brings regularly projects to the IPMA Project Excellence Awards. Last year´s Gold winner in the Mega-sized Projects category was Sberbank of Russia with a program of Sberbank Core Banking System and IT architecture transformation.