Projects and project management in Nicaragua

Nicaragua is the largest country in Central America, and also known as the “Land of Volcanoes” (more than 19 active volcanoes can be found in the region). It was also part of Mesoamerica. It was also part of Mesoamerica a region and cultural area in the Americas, extending approximately from central Mexico to Belize, Guatemala, El Salvador, Honduras, Nicaragua, and northern Costa Rica, within which pre-Columbian societies flourished before the Spanish colonization of the Americas in the 15th and 16th centuries. The Aztec and Maya culture influenced the region, but also various indigenous tribes had their influence in shaping the region, in the northern region bordering with Honduras and in the South towards Costa Rica. Christopher Columbus was the first European to reach the region nowadays called Nicaragua. It was Francisco Hernández de Córdoba who founded two of Nicaragua’s principal towns, namely Granada in 1524. Nicaragua gained independence from the Spanish Empire in 1821, but has undergone periods of political turmoil, dictatorship, and economic crisis since its independence. The United States of America directly and indirectly intervened into the country (with military forces), but were heavily opposed during a guerrilla operation led by Augusto César Sandino a national hero later assassinated by the National Guard under the dictatorship of Somoza Sandino’s political legacy was claimed by the Sandinista National Liberation Front (FSLN), which finally overthrew the Somoza government in 1979 and established after continued struggles a representative democratic republic.Nicaragua is the largest country in Central America. 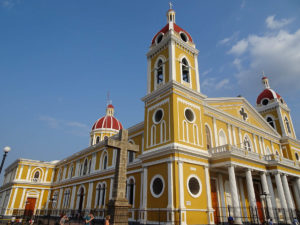 The economy is mainly dependent on agriculture such as coffee, meat and sugar, but construction, mining, fisheries, and general commerce also have been expanding during the last few years.  Still, Nicaragua is the least developed country in Central America, and the second poorest in the Americas by nominal GDP. Thus, projects and project management capabilities are of great significance in order to develop the economy and the country further, e.g. for investments in sectors such as tourism, mining, manufacturing, and agricultural goods. Nicaragua is also investing in renewable sources of energy, including but not limited to geothermal facilities and hydro, wind and solar energy generation (at the end of 2014 more than 50% of the energy generation in Nicaragua came from sustainable sources of energy. The government target for 2020 is to increase it to 90%.

One megaproject is worth of highlighting here – the Nicaraguan Canal. Three years ago the parliament granted a 50-year concession to finance and manage the project to the private Hong Kong Nicaragua Canal Development Investment Company (HKND Group), which suffers from the recent stock market crash in late 2015 and early 2016. If finished, it would provide an alternative route from the Pacific to the Atlantic, bypassing the Panama Canal. The Canal would cut 278 kilometres through Nicaragua for a  budget of approximately US$50 billion (others claim it to be US$100 billion) and be operational in 2020. The start of construction is delayed until late 2016 because of environmental concerns and financing difficulties. 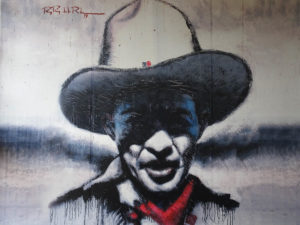 In Nicaragua, a small group of passionate people is in the process of registering a National Project Management Association with high political and institutional support. When formally registered, it will join IPMA in order to exchange experiences in building up necessary project management capabilities and competences. Several universities are in support of the foundation, a first conference was held early April in Managua. IPMA Nicaragua will be also instrumental in starting national project management associations in Honduras and El Salvador, as all these countries are in close collaboration through the Central American Integration System SICA. IPMA is happy to support Nicaragua (and the other countries) in becoming member of the global PM community.