Projects and project management in Latvia

The Republic of Latvia is a relatively young country in the Baltic region, located between Estonia in the North, Lithuania in the South, Russia and Belarus to the East. The country was formed in 1918 following the Russian Revolution and the Treaty of Brest-Litovsk between Germany and Russia. During the Second World War it was occupied by German troops and later by the Soviet Army. The occupation continued until 1991, when the people of Latvia opted for the independency of the country from the Soviet Union. In 2004, Latvia joined the European Union and NATO. However, until nowadays more than 10% of the population neither hold a national nor any other (Russian) citizenship. The city of Riga is capital of Latvia. The famous architecture reflects the rich history of Baltic tribes, medieval German settlers and more recent Russian influences.

The economy of Latvia grew tremendously in the years 2000 through 2008, the global economic crisis of 2008 and 2009 hit the country hard, since then the economy has not fully recovered. Many young professionals, highly educated and motivated left the country to work abroad. The main sectors in Latvia are synthetic fibers, agricultural machinery, fertilizers, radios, electronics, pharmaceuticals, processed foods, textiles, timber and the ICT as well as service industry. Tourism also plays a decisive role. Many projects and programmes are performed in order to modernize the infrastructure, energy provision and industrial equipment. Foreign investments are encouraged in order to speed up the upswing. The European Investment Bank (EIB) is increasing its financial means for Latvia and also encourage other funding agencies to do so. Ongoing projects are as diverse as for example promoting sustainable Forest Management among Latvian forest owners, boosting cross-border entrepreneurship in life sciences & medicine related to Biotechnology and Medical ICT between Estonia and Latvia or creating a practical and technical deeper vocational maintenance training adapted for European industries in a lifelong learning process. 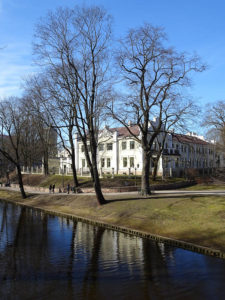 The Latvian National Project Management Association was established in July 1998 and joined IPMA in 1999. The objective of the organisation is to develop the professional competence of project managers in line with international standards. LNPMA has its own national certification centre LATVIA-CERT, which awards certification at four levels in Latvia and since this year also in Estonia. The mission of LNPMA is to become, develop and maintain its status as the primary discussion, development and networking platform for project managers in Latvia. As a part of its continuous development programme, LNPMA has launched its first Baltic PMDAYS in Riga in 2013. These have continued in Lithuania and Estonia. This year the Baltic PM Days were hosted at Riga together with the IPMA Council of Delegates as well as the International PM Championship. LNPMA recognises that young people need to develop, so it conducts since several years together with its neighbouring countries national championships with many universities participating. We will certainly hear more from Latvia, stay tuned …