Projects and project management in Egypt

Egypt, is a country spanning the northeast corner of Africa and southwest corner of Asia by a land bridge formed by the Sinai Peninsula. The country is bordered by the Gaza Strip and Israel to the northeast, the Gulf of Aqaba and the Red Sea to the east, Sudan to the south, and Libya to the west. Across the Gulf of Aqaba lies Jordan, across the Red Sea lies Saudi Arabia, and across the Mediterranean lie Greece, Turkey and Cyprus, although none share a land border with Egypt.

The history of Egypt has been long and wealthy, due to the flow of the Nile River with its fertile banks and delta, as well as the accomplishments of Egypt‘s native inhabitants and outside influence. Much of Egypt’s ancient history was a mystery until the secrets of ancient Egyptian hieroglyphs were deciphered with the discovery and help of the Rosetta Stone. Among the Seven Wonders of the Ancient World, is the Great Pyramid of Giza. The Library of Alexandria was the only one of its kind for centuries.

First settlements in Egypt date back to at least 40,000 BC, however, the ancient Egyptian civilization coalesced around 3150 BC with the political unification under the first pharaoh of the First Dynasty, Narmer. The native Egyptian rule was followed by several foreign rules, including but not limited to a Hellenistic, a Roman, a Muslim (“Caliphate”) and an Ottoman rule.

Starting in 1867, Egypt became a nominally autonomous tributary state, however, it fell under British control in 1882 following the Anglo-Egyptian War. After the end of World War I and following the Egyptian revolution of 1919, the Kingdom of Egypt was established. While a de jure independent state, the United Kingdom retained control. This occupation lasted until 1954, with the Anglo-Egyptian agreement of 1954. The modern Republic of Egypt was founded in 1953, and with the complete withdrawal of British forces from the Suez Canal in 1956, it marked the first time in 2300 years that Egypt was both fully independent and ruled by native Egyptians.

Islam is the official religion of Egypt and Arabic is its official language. With over 100 million inhabitants, Egypt is the most populous country in North Africa, the Middle East, and the Arab world, the third-most populous in Africa (after Nigeria and Ethiopia), and the fifteenth-most populous in the world. The great majority of its people live near the banks of the Nile River, an area of about 40,000 square kilometres, where the only arable land is found. The large regions of the Sahara desert, which constitute most of Egypt’s territory, are sparsely inhabited. About half of Egypt’s residents live in urban areas, with most spread across the densely populated centres of greater Cairo, Alexandria and other major cities in the Nile Delta.

The economy of Egypt is a rather mixed economy embarking on various stages of development during which the sector played an important role compared to the private sector. The Egyptian economy suffered from a severe downturn following the 2011 revolution and the government faced numerous challenges to restore growth, market and investor confidence. Concerns about social unrest and the country’s ability to meet its financial targets provoked rating agencies to lower the country’s credit rating on several occasions. In 2016 Egypt floated its currency and embarked on a homegrown economic reform program supported by a $12 billion IMF loan in a bid to restore macroeconomic stability and growth. Main industries are concerned with textiles, food processing, tourism, chemicals, pharmaceuticals, hydrocarbons, construction, cement, metals and light manufactures and important export goods are crude oil and petroleum products, cotton, textiles, metal products, chemicals, agricultural goods.

Major projects are underway, especially in the area of infrastructure and construction with a lot of opportunities for foreign investors. In a bid to promote economic growth, create employment, reduce congestion in Cairo and attract foreign investment, the Ministry of Housing, Utilities & Urban Development, Egypt (MoH) is constructing a new capital city to the east of Cairo. The program involves the construction of a new capital city on a 70,000ha of land over several phases. The EGP456.9 billion (US$45.0 billion) first phase involves the construction of a cabinet building and 12 ministry buildings, a grand conference hall, national convention center, parliament building, a 4,800MW power plant exhibition complex and 15,000 middle- and low-income housing units on 4,410ha of land. Construction works on the first phase are underway, and are expected to be completed between 2020 and 2022.

In March 2017, the Ministry of Transportation of Egypt announced plans to attract investments worth EGP281.2 billion (US$15.0 billion) in new rail and metro projects across the country. Of the total investment, EGP262.5 billion (US$14.0 billion) will be spent on three high-speed rail line projects: Cairo to Luxor line, Luxor to Hurghada line and Alexandria to Cairo line. The government aims to attract more private investments to finance these projects.

To develop urban transport infrastructure, the European Investment Bank (EIB) approved a loan of EGP3.9 billion in March 2017 to support public transport in Greater Cairo. The loan will fund the Cairo Metro project under the Greater Cairo Transport Master Plan. The project aims to develop sustainable transport infrastructure, reduce urban congestion, boost the mobility of people and services, and support economic growth. Furthermore, there are plans to increase the share of renewable energy in the country’s total energy mix from 3.0% in 2016 to 20.0% in 2022 and 37.0% by 2035, which is expected to drive the growth of green energy and utilities construction market over the forecast period. Last but not least, urban development projects in Greater Cairo help to improve the living conditions for more than 20 million people living in that area.

The profession of project management is represented since 1920 by the Egyptian Engineering Society, which has nine societies, including the Management Engineering Society (MES) which cares for the development of project management since 1970. MES is conducting workshops, trainings, seminars, conferences and meetings to enhance the profession of project management in Egypt and the region. Additionally, it represents IPMA and executes exams for the IPMA levels (in total, approximately 2.000 certificates have been delivered) through the Certification Body, which was established in 1998. Several training centers and Universities provide trainings based on the IPMA Individual Competence Baseline. Furthermore, MES supports young people through the Egyptian Young Crew. 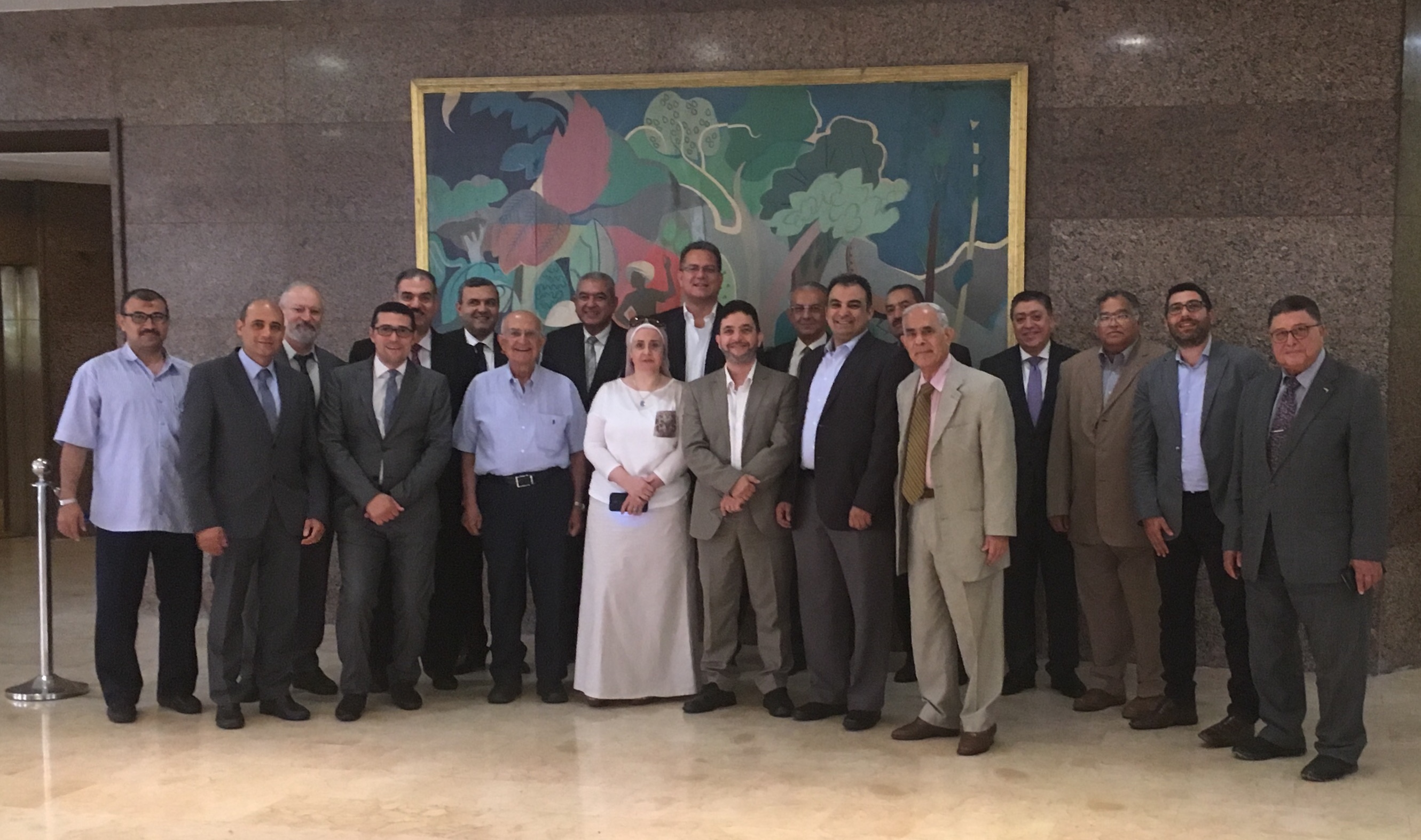