Projects and project management in Croatia

A land of 1000 islands. Neither in the Caribbean, nor in the Pacific… I am writing about Croatia, a beautiful country at the crossroads of Central Europe, Southeast Europe, and the Mediterranean. The Croats were mentioned as early as in the 7th Century as a Slavic tribe, which settled at the shores of the Adriatic Sea. First, the Croats were ruled by a Duchy, later they formed an alliance with the Empire of Austria-Hungary and defeated the Osmans 1593 in the battle of Sisak. After the 1. World War Croatia, together with Serbia and Slovenia formed the State of Yugoslavia, which lasted until 1991, when Croatia declared its independence. Unfortunately, various Serb paramilitary groups then began pursuing a campaign of killing, terror and expulsion against Croatia and other former constituent parts of Yugoslavia, which was ended by an international military intervention and the Croatian Army in August 1995. Nowadays, Croatia is a member of the European Union, NATO and World Trade Organization (WTO). 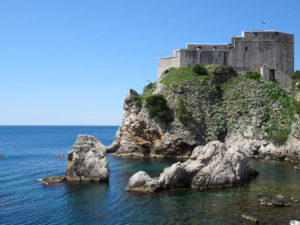 The economy of Croatia is service-based, more than two-thirds of the GDP is achieved through services such as tourism or logistics. For example, more than 11 million people visit Croatia every year. Most of the tourists come from Germany, Austria, Italy and other European countries, but also from abroad. A reality-show produced in Croatia for Korean TV attracts many Korean people to visit Croatia. Furthermore, bestselling movies such as Games of Thrones or the new episode of Star Wars were filmed in Croatia and thus transport a positive image of the country to the world.  Another important economic factor is the wide-spread infrastructure for transport, such as the motorways, railway tracks, air- and seaports for Pan-European Traffic and Logistics. Finally, I´d like to touch on the Energy sector, as it is growing as well. Formerly based on hydro, thermal and nuclear power generation, in the last couple of years power generation by wind is growing rapidly. At the present rate of growth, energy generated from wind and solar should reach 40-50 % of total energy consumption in Croatia by the end of 2020. Capital projects are going on in various sectors, e.g. in construction (the expansion of Zagreb Airport or the LNG terminal at the island of Krk, serving as gas hub for Central and Southeastern Europe) in industry as well as in the sector of Public-Private-Partnership (PPP). 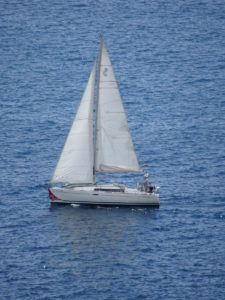 Interestingly, many inventions root back to Croatia, for example the necktie, or “cravat”. Croatian soldiers had begun tying identifying scarves around their necks by the early 1600s, and other nations soon took note. When Croatian mercenaries began to serve in France, their neckties caught the eye of Louis XIV, who himself adopted the style. The word “cravat” is thought to have come from a French pronunciation of  “Hrvat” – Croat. Another famous child of Croatia, Nikola Tesla, is nowadays popular through the electrical cars produced in the USA. However, the Croatian-born inventor is credited with other inventions such as bulbs, X-rays, radio, lasers and many other fanciful inventions. More about Tesla can be found in the web.

In 1999, the Croatian Association for Project Management CAPM was founded. More than 200 individual members exchange experiences in managing projects through various exchange formats, e.g. at Universities in Zagreb and other cities throughout the country, in a Special Interest Groups for PMOs as well as the Young Crew, and a National Conference, to name only a few. The IPMA 4-Level-Certification System is well received in the country and brings more and more project managers to a professional level of qualification to compete on the European market. In 2013, CAPM hosted the IPMA World Congress in the famous city of Dubrovnik, last year CAPM invited experts to a conference on Megaprojects. These are only two examples for the passion of the Croatian people to connect with the world and thus improve.