Projects and project management in China

The People´s Republic of China has a population of over 1.4 billion and this is the world’s most populous country. Located in Asia, it is covering nearly 10 million square kilometers, and is surrounded by many countries, including but not limited to Russia, Mongolia, India, Nepal and North-Korea. China´s history reaches far back. One of its first dynasties was the Xia Dynasty, lasting from 2070 BC until 1600 BC.  Throughout the following dynasties and centuries the empire grew in size and political as well as economic importance. In 1912, a republic was formally established following the Xinhai Revolution, overthrowing the Qing Dynasty and ending over two thousand years of imperial rule in China. However, the government was weak, warlords gained increasingly power and the invasion of Japan brought the Republic of China to its end. With the end of WW2 several forces in the country fought against each other. Finally, the Communist Party took over power in 1949, the nationalistic party of the Kuomintang settled in Taiwan. Later they accepted the “One-China Policy”,  under which both governments agree that there is only one sovereign state encompassing both, mainland China and Taiwan. 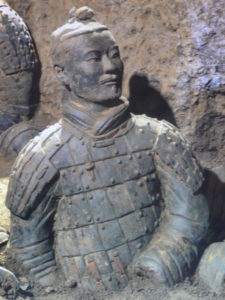 China’s constitution declares that the country is ruled “under the leadership” of the Communist Party of China. It is a socialism with Chinese characteristics, performing a socialistic market economy.  Initial reforms in decollectivising agriculture and allowing private businesses and foreign investment during the late 1970s and early 1980s led to large-scale radical reforms, consisting of partial privatisation of the state sector, liberalisation of trade and prices, and dismantling of the “iron rice bowl” system of job security in the late 1990s. Since the beginning of Deng Xiaoping’s reforms, China’s GDP rose from some 150 billion USD to more than 1.6 trillion USD, with an annual increase of 9.4 percent. Nowadays, China has the world’s second largest economy by nominal GDP and was – at least until last year – the world’s fastest-growing economy, with growth rates averaging 10% over 30 years. It is the largest manufacturing economy of the world, manufacturing goods such as cars, ships, aircrafts, consumer electronics, food, agricultural products, machinery and heavy engineering. It is also engaged in mining, oil and gas, chemicals, pharmaceuticals and many more products. It´s also seeking to combine traditional Chinese approaches (e.g. traditional Chinese medicine) with Western technology or manufacturing principles. About 20% of the Chinese Economy is constituted by the real estate sector, investing in residential and commercial real estate. Today there are voices that there is again a Chinese Real Estate Bubble, which could lead into adverse effects to the Global Economy. Furthermore, the growth rates of the Chinese Economy have significantly fallen, officially they still reach 7% p.a., but analysists doubt whether those numbers are reflecting the real situation. 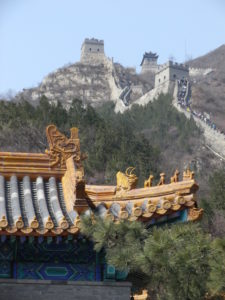 China is massively investing in projects. Especially in the infrastructure area investments reach trillions of Dollars for new roads, railways, airports, dams and other kinds of construction megaprojects. Large sport events are also driving the project-orientation, e.g. the 2008 Summer Olympic Games were conducted in Beijing where also the 2022 the Winter Olympic Games will take place China is massively funding the renewable energy, such as solar, wind and hydro. The Chinese Space Program also comprises of a portfolio of large projects and programmes. In 2006, the Chinese Academy of Space Technology won the IPMA Project Excellence Awards with the Shenzou 6-Manned Spaceship. Early this year the Asian Infrastructure Investment Bank was launched, which will have a significant impact for investments in China and the Asian-Pacific Region. The bank was proposed by China and launched in Beijing. It also joins forces with the Asia development Bank, which supports investments in infrastructure but also social development programs.

Since 20 years the Project Management Research Council (PMRC) of China is a member of IPMA, representing the profession in the country. It covers 13 regional associations, is associated with 60 Universities and conducts every year a national and an international PM Conference. PMRC runs since 15 years the IPMA-4-Level-Certification System for Individuals as well as certification systems for organisations and PM Consultants. It annually awards excellent projects with the Project Excellence Awards and supports the international Project Excellence Awards. PMRC is also strongly engaged in PM Research, the International Journal of Project Management publishes many articles out of China, the IPMA Research Conference in 2014 was held in Tianjin, focusing on differences in Eastern and Western Management Philosophies, e.g. the Book of Changes, originating back to the year 1000 BC. The Young Crew of PMRC is also actively exchanging experiences and know-how, bridging the traditional approaches and the future of PM.