40 years of GPM: Trend topics and prominent speakers at the 36th PM Forum 2019

Nuremberg, October 24, 2019 – “Project management today is a modern management tool that is vital to society, business and science,” said Prof. Dr. Helmut Klausing, President of the GPM Deutsche Gesellschaft für Projektmanagement.e. V. (German association for project management), at the opening of the 36th PM Forum in Nuremberg in front of more than 1000 project managers and experts. Be it digital transformation, artificial intelligence, climatic change or New Work – project management plays a major role in supporting the cooperation between humans. This theory was confirmed by numerous presentations, workshops and vivid practical examples: Following headlines such as “Best Practice in PM” and “PM Champions League”, the different streams gave the participants input for their own work-life or let them experience in “Fail like a Startup” that failing projects can lead to great learning success. For the first time, a gaming format presented business games, while future scenarios for project management were developed in the “Science Fiction” stream. 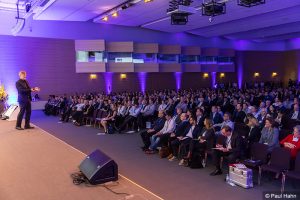 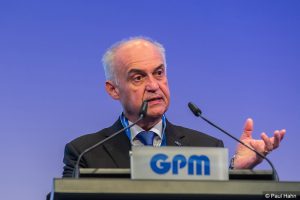 Future topics have a tradition at GPM
The program committee headed by Prof. Dr Harald Wehnes started the PM Forum off with a keynote addressing the megatrend artificial intelligence giving the stage to the AI pioneer Prof. Jürgen Schmidhuber. His prognosis: Artificial neural networks will soon have more computing power than all human brains combined. These developments will fundamentally change almost every aspect of our civilization – and even the universe in the medium to long term. Currently, AI is already contributing significantly to making our lives easier and longer, for example in medical diagnoses. According to the AI specialist, in the not too distant future robots will learn like children – just by communicating with them. In this Schmidhuber sees the potential for robotics companies and the world market-leading machine manufacturers from Germany.

The journalist and TV host Anja Reschke received standing ovations for a currently highly discussed topic: the threat to journalism in times of populism. Using concrete examples, the journalist explained the dangerous division of our society. She urged all participants to work on their media competence, to question the information and to be as careful and critical in their choice of news as they are when choosing a consumer product. This urge appears even more relevant as alternative media support each other, deliberately spread fake news and stir up fear. Although the possibilities to obtain information are greater today, social media users receive different results according to their preferences. According to Anja Reschke it is no longer relevant what an editor considers to be important, but what generates the most clicks: more often than not these are reports on catastrophes that shape a one-sided view.

Anja Reschke’s colleague, TV host and weather expert Sven Plöger, also dealt with false reports. In his keynote at the beginning of the second PM Forum day, he very coherently illustrated a topic that is as serious as it is complex. Although climate change has only become a dominant topic in recent years, climate research had already predicted the changes almost precisely 30 years ago. The problem: climate is mostly conveyed in statistics and cannot be felt immediately. Unfortunately, it is thus prone to fake news as long as not everyone is aware of the difference between weather and climate. Plöger compared climate change with an asteroid impact in slow motion – the same fatal consequences, but in a creepingly slow process. However, there is still time for a change. Awareness for this is already there, we just have to start acting on it. 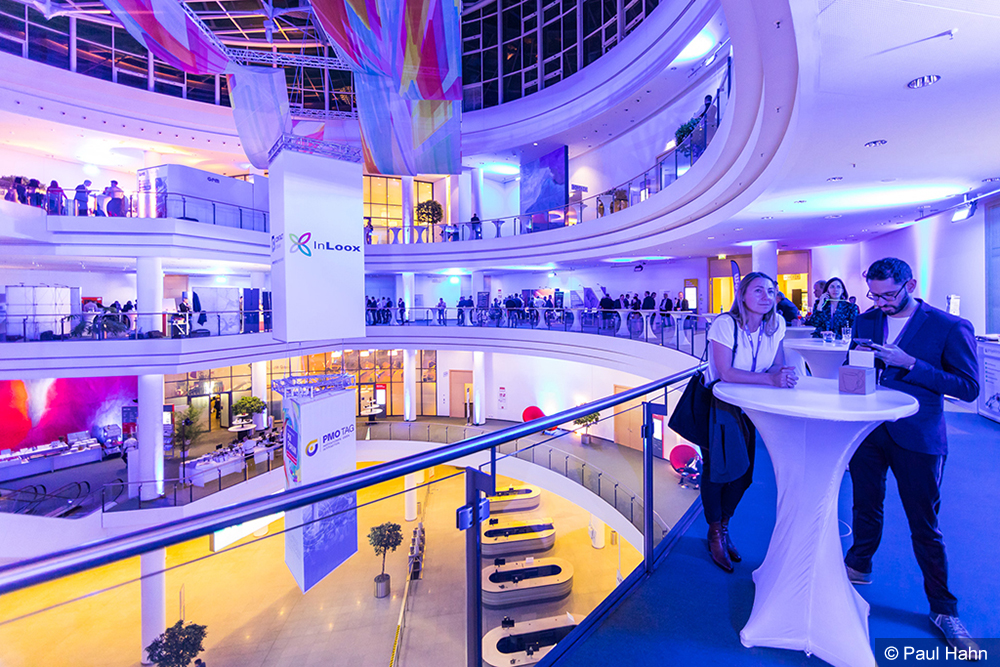 Insight into profound trends
The topic of Dr Robert Neuhauser’s closing keynote followed the common theme of all keynotes of this year’s PM Forum and addressed a changes caused by fundamental trends. The Global Vice President People & Leadership at Siemens gave exciting insights into modern HR management, which is currently in a state of fundamental change. Neuhauser pointed out four megatrends in HR and then explained the consequences: Siemens abolished incentives and remuneration according to a level system and instead opted for “market conform pay”. It is not HR that can determine career paths, but only the employees themselves. According to Neuhauser, all of these are important HR topics. Ultimately, however, the question is always: How do we treat people?

40 years of GPM
In addition to the keynotes, presentations and workshops, a large trade exhibition with around 40 exhibitors and sponsors showcased their trend products and innovations. This year, the accompanying programme was all about an anniversary, as the GPM Deutsche Gesellschaft für Projektmanagement e. V. is celebrating its 40th anniversary in 2019. “A success story that is inextricably linked with establishing the PM Forum as the leading convention for project management in Europe,” Prof. Dr Klausing concluded while taking a look into the future: “Particularly in the context of digitalisation, we need people with professional competence and values in key positions. Project management is increasingly becoming a management concept that demands more than anything the HR department of companies. GPM will contribute its professional and social competence to shaping the future.