On February 18th and 19th the swiss project management association spm invited an international group of experts to join the IPMA Expert Seminar 2016 in Zürich. In the course of the seminar I was asked to contribute to the IPMA Blog with an article about project management in Switzerland. In the following articel I’d like to give quick overview about Switzerland and projects in the country of snowy mountains, watches and chocolate.

Switzerland is a small country in central Europe. The country shares borders with Italy to the south, France to the west, Germany to the north, and Austria and Liechtenstein to the east. Switzerland is a landlocked country geographically divided between the Alps, the Swiss Plateau and the Jura, spanning an area of 41,285 km2. While the Alps occupy the greater part of the territory, the Swiss population of approximately 8 million people is concentrated mostly on the plateau, where the largest cities are found: among them are the two global and economic centres, Zürich and Geneva. Switzerland is a federal directorial republic consisting of 26 cantons, with Bern as the seat of the federal authorities. The country has a unique political system with a pure form of direct democracy, in which the population decides political initiatives directly by voting. 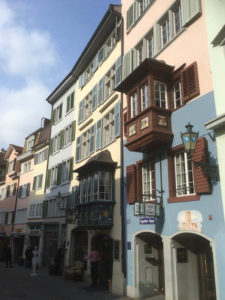 The first mega-project in Switzerland was the foundation of our federation in 1291. It was an undertaking and understanding for centuries that the people in this region in the Alps shall govern themselves. In a second mega-project, the area in the current borders changed from a federal Union to a federal state in 1848. Both mega-projects created a sustainable benefit to freedom, peace and welfare. The country has a long history of armed neutrality – it has not been in a state of war internationally since 1815. On the European level, it is a founding member of the European Free Trade Association, but notably it is not part of the European Union, nor the European Economic Area. However, the country does participate in the Schengen Area and the EU’s single market through a number of bilateral treaties. Straddling the intersection of Germanic and Romance Europe, Switzerland comprises four main linguistic and cultural regions: German, French, Italian and Romansh. Therefore the Swiss, although predominantly German speaking, do not form a nation in the sense of a common ethnicity or language; rather, Switzerland’s strong sense of identity and community is founded on a common historical background, shared values such as federalism and direct democracy.

The current multi-billion programmes in Switzerland are focussed on the exchange of goods, people, services and ideas. The corresponding projects improve the infrastructure and systems for transportation, information flow and research, education and product development. Owing to the direct democracy the Swiss population sometimes gets to decides whether a project will be carried out or not: On Sunday 28th of February the countrys population decided  to build a second 17 km long tunnel for cars through the Gotthard, a mountain-chain separating the German and Italian speaking part of Switzerland. The mega project is necessairy due to the reconstruction of the first tunnel, which was built in 1881. 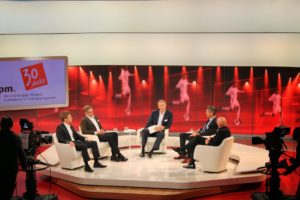 The local representative of the IPMA is the swiss project management association or short spm. The Swiss Project Management Association was one of the founding members of the formal INTERNET / IPMA association in 1979. Members of the spm have been IPMA President, IPMA Vice President, IPMA Board Chairman, IPMA Board Member, IPMA General Secretary, Foreign First Assessor and Validator. Since its start, conferences and workshops have been the prime and sustainable professional exchange place for Swiss project management professionals. spm started the PM Certification in 1995 and contributed to the the first official version of the ICB 2.0 in 1998 – 1999, the Version 3.0 in 2004 – 2006 and the ICB4 in 2011 – 2015. With its certification body spm is operating the four-level certification for individuals with about 1800 certificates in the year 2015, as well as the Two-level certification for PM Consultants. Several teams and individuals from Switzerland received IPMA Achievement Awards. Switzerland is operating IPMA Delta (the certification of the PP&PM competence of organisations) since 2012 and the IPMA Registration since 2010.

Lucia Nievergelt joined the board of the swiss management association spm in 2014 and is Co-leading the IPMA Young Crew in Switzerland since 2013. After starting her career in the traditional project management field of construction, she is especially interested in ways to adapt agile methodology into real estate projects. She loves to push others to think out of the box and be creative and playful in their everyday tasks. Lucia considers herself a feminist. She enjoys discussions about all kinds of gender issues and dreams of a future where a lot more women will be working in project management.

If Lucia is not working for the spm or the IPMA young crew, she is working as consultant for real estate projects at RESO Partners AG near Zürich.