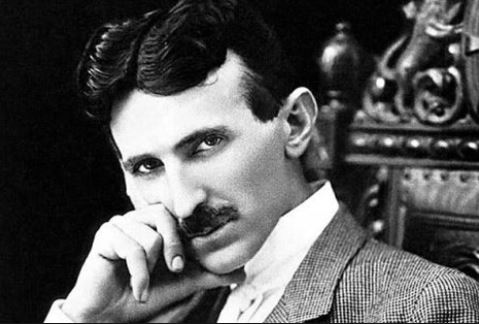 Against all odds – learning from great projectors: Nikola Tesla

This article is about Nikola Tesla –  a physicist, inventor, mechanical and electrical engineer of unusual intellectual brilliance and practical achievement. Nikola Tesla is often called one of history’s most important inventors, one whose discoveries in the field of electricity were way ahead of his time and continue to influence technology today. He was born on July 10, 1856, in what is now Smiljan, Croatia. In 1884 Tesla arrived in the United States to famed inventor and business mogul Thomas Edison, whose DC-based electrical works were fast becoming the standard in the country. Edison hired Tesla, and the two men were soon working tirelessly alongside each other, making improvements to Edison’s inventions.  In February 1882, Tesla discovered the rotating magnetic field, a fundamental principle in physics and the basis of nearly all devices that use alternating current. Tesla brilliantly adapted the principle of rotating magnetic field for the construction of alternating current induction motor and the polyphase system for the generation, transmission, distribution and use of electrical power. He was a pioneer in many fields. The Tesla coil, which he invented in 1891, is widely used today in radio and television sets and other electronic equipment. His alternating current induction motor is considered one of the ten greatest discoveries of all time. Among his discoveries are the fluorescent light, laser beam, wireless communications, wireless transmission of electrical energy, remote control, robotics, Tesla’s turbines and vertical take off aircraft. Tesla is the father of the radio and the modern electrical transmissions systems. He registered over 700 patents worldwide. His vision included exploration of solar energy and the power of the sea. He foresaw interplanetary communications and satellites. In 1896, Tesla constructed an instrument to receive radio waves. The device had a magnet which gave off intense magnetic fields up to 20,000 lines per centimeter. The radio device clearly establishes his piority in the discovery of radio. Over the course of his life, Tesla registered some 300 patents under his name, and traces of his inventions can be found in many modern-day devices, including in some unexpected places, such as remote-controlled boat toys and letter-shaped neon lights.

The 10 inventions of Nikola Tesla that changed the world are:

What do we learn from Nikola Tesla? During his lifetime, he demonstrated clear visions. Not all of his visions become real, some of them were taken by others. But, he never left his own star that was guiding him life and inventions. As he stated: “Our virtues and our failings are inseparable, like force and matter. When they separate, man is no more.” I believe that world of Project Management is missing clear visions. What about you?

Sandra currently works as Assistant to the IPMA President and Executive Director. Since joining IPMA in 2012, Sandra worked in FMCG sector for Procter&Gamble. She holds Master in Economics from Faculty of Economics and Business, University of Zagreb. After graduation she continued at the same University the doctoral programme in Business Economics. Her particular research interest is behavioral economics.