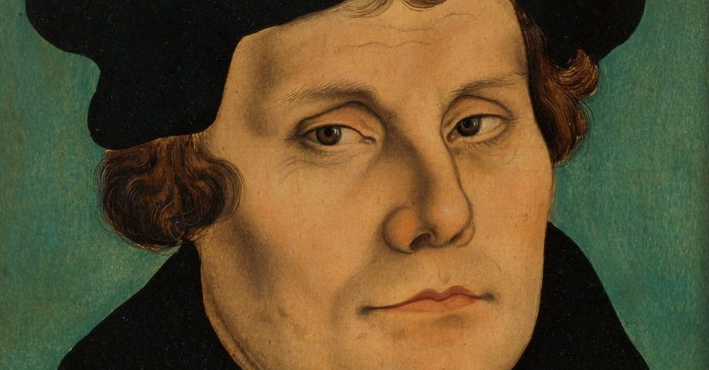 Against all odds – learning from great projectors: Martin Luther

Martin Luther was a German professor of theology, composer, priest, monk and a seminal figure in the Protestant Reformation [https://en.wikipedia.org/wiki/Reformation], usually considered to have begun with the publication of the Ninety-five Theses by Luther five hundred years ago to the Thirty Years’ War and ended with the Peace of Westphalia in 1648. The Ninety-five Theses were sent by Luther enclosed with a letter to Albert of Brandenburg, the Archbishop of Mainz, on 31 October 1517, a date now considered the start of the Protestant Reformation and commemorated annually as “Reformation Day”. It is also often claimed that Martin Luther has posted those Theses on the door of All Saints’ Church and other churches in Wittenberg in accordance with University customs, which is not scientifically proven. 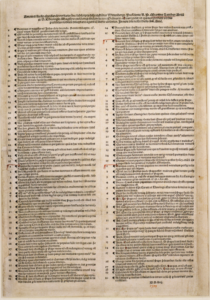 With publication of the Ninety-five Theses Luther started a schism in the Catholic Church which profoundly changed Europe. Luther opposed with the Theses what he saw as abusive practices by preachers selling plenary indulgences, which were certificates believed to reduce the temporal punishment for sins committed by the purchasers themselves or their loved ones in purgatory. He claimed that the repentance required by Christ in order for sins to be forgiven involves inner spiritual repentance rather than merely external sacramental confession. He argued that indulgences lead Christians to avoid true repentance and sorrow for sin, believing that they can forgo it by purchasing an indulgence. According to Luther, the indulgences discourage Christians from giving to the poor and performing other acts of mercy, believing that indulgence certificates were more spiritually valuable. The Ninety-five Theses were framed as propositions to be argued in debate rather than necessarily representing Luther’s opinions, but they were turned against him by the Catholic Church, which saw it as a threat.

Luther was summoned by authority of the pope to defend himself ultimately against charges of heresy before Thomas Cajetan at Augsburg in October 1518. Cajetan did not allow Luther to argue with him over his alleged heresies. Luther refused to recant and requested that the case be reviewed by university theologians. This request was denied, so Luther appealed to the pope. As Cajetan was asked to arrest him in case of non-recanting, Luther slipped out of Augsburg at night. Luther was finally excommunicated in 1521 after he burned the papal bull threatening him to recant or face excommunication. The controversy set off by the Theses was the beginning of the Protestant Reformation, which initiated profound and lasting social and political change in Europe. He had published his German translation of the New Testament in 1522, and completed the translation of the Old Testament in 1534, when Luther´s version of the Bible was published. He continued to work on refining the translation until the end of his life. Until his death in 1546 Luther found himself increasingly occupied in organising a new church, he firstly established a supervisory church body, secondly laid down a new form of worship service, and thirdly wrote a clear summary of the new faith in the form of two catechisms.

What do we learn from Martin Luther? He studied a lot the scriptures and got his insights through a fresh look at what he believed is the “right way”. He wanted to start an open dialogue with the Ninety-five Theses, but the church was not open to a dialogue and felt rather threatened. Even in this moment, Luther tried to continue the dialogue. He struggled a lot whether this is the right way to go. Luther laid the basis for the transformation what was perceived as valid and a good practice in the Catholic Church during this time. He asked a lot of questions and tried to find answers. He also wrote down a lot of his thoughts and made his way of thinking available to the “ordinary people” by letters, the catechisms and even preaching to them in a direct way. Luther helped to change the religious landscape of Europe, and to draw the curtain on medieval times on that continent.