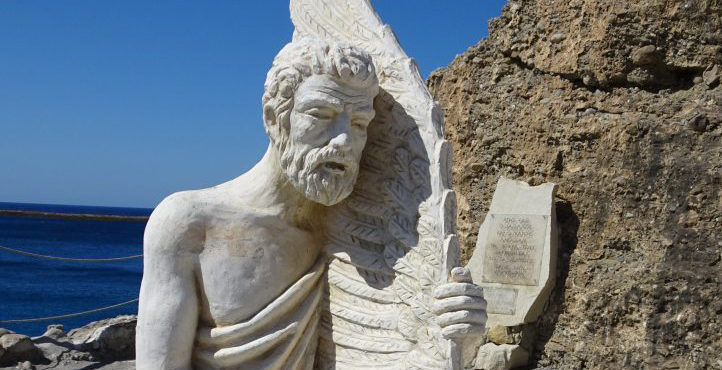 Against all odds – learning from great projectors: Daedalus and Icarus

During a visit at Crete I saw the statue of Daedalus and his son Icarus, both famous figures of the Greek mythology. Homer was the first who mentioned Daedalus and the labyrinth he created for the King Minos of Crete at Knossos. The intention of Minos was to keep the Minotaur in it but finally it was Daedalus who was kept in the Labyrinth. The name “Daedalus” refers to what we nowadays call an “Engineer”. He was kept in a tower in the Labyrinth with his son and was trying to find a way out of the prison. He fabricated artificial wings for his son Icarus and himself in order to escape from the island. The wings were made out of feathers, strings and wax. They looked like real wings of birds and should bring both to other places far away from Crete. Daedalus told his son not to fly too high, because the heat of the sun would melt the wax, nor too low, because the sea foam would soak the feathers. According to the Metamorphoses of Ovid they started and passed the islands of Samos, Delos and Lebynthos but Icarus forgot what his father has told him. He came to close to the sun, the wax melted and he fell into the sea and drowned. Daedalus cried and felt guilty of having killed the son by his own arts. The island where Icarus drowned close by is today called “Icaria”. 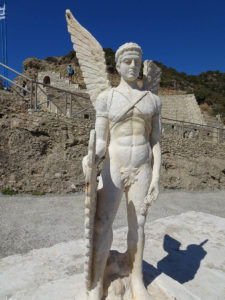 What do we learn from this story? There is always “a way out”. Projectors are “problem solvers”, they can overcome difficult challenges, but always need to see the risks associated with the solutions created. Neither “flying too low” or “flying too high” is an option and brings all participants in danger. Thus, analyse the risks and stick to the advice given by the “engineers” who know best the limitations of their inventions. Daedalus was aware of the limitations and warned Icarus. However, his son was so passionate and rebellious that he forgot all the warnings and drowned in the sea.