Success Stories is an initiative that seeks to highlight the achievements of local Young Crews (YC) around the world and to inspire other YCs to follow and develop outstanding practices.
This year, the applicants shared their encouraging stories with the IPMA Young Crew community as part of an asset for the next future leaders that will keep on going through the hard work and contribution. We had 3 categories: Outstanding Project, Outstanding Process, and Outstanding Solution, in which YCs around the world were determined to make an inspirational change.

A concept that shall happen for the first time in Austria!

The biggest international event for the local YC!

Raise project management knowledge and awareness from an early age!

To win the iPMC Americas 2019 in Merida!

Promote IPMA in a sustainable way in 4 of the most important cities in Peru! 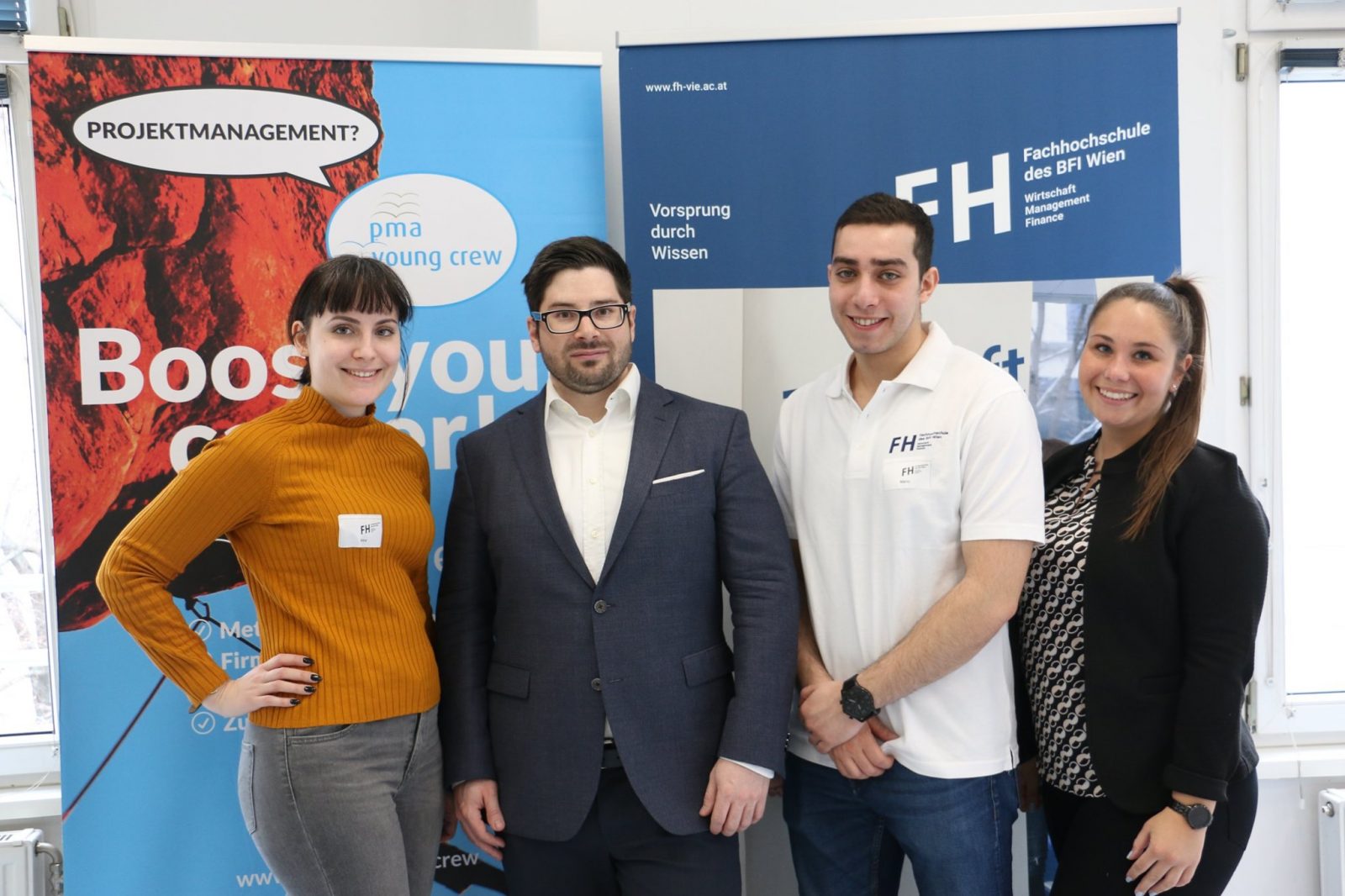 1) pma Young Crew
Outstanding Project: Project Management Championship 2020
A concept that shall happen for the first time in Austria!

PMA YC Austria piloted the Project Management Championships in February 2020. The project was dealt with as cooperation with FH BFI Wien. In its development, the students had to work on specific projects as a kind of internship once in their studies. For this case, PMA Young Crew Austria acted as a client. The students themselves had to carry out the project and the competition. Sure, they had lots of organization tasks, event definition, marketing and sponsorship concepts. With the help of a well-known sponsor: the Bundesrechenzentrum – the federal data centre of Austria-, the foundations for ongoing Project Management Championships in Austria had been laid.
This project established a good base so that the competition can be continued in ongoing years by the young crew. This emphasizes the uniqueness of the project! 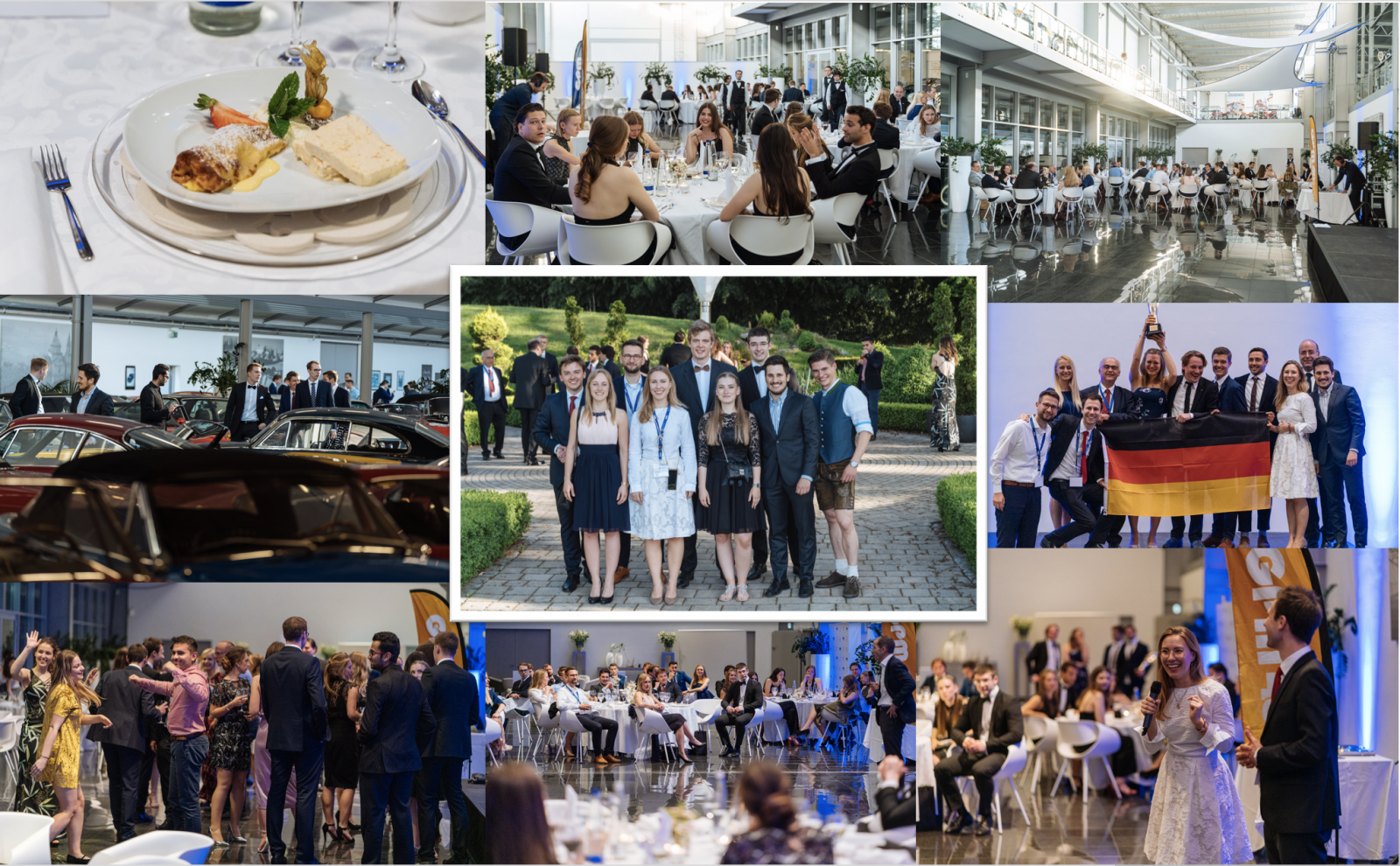 The iPMC project team of the GPM Young Crew invested a lot of time and energy in the preparation and planning of the finals of the Project Management Competition that took place the first weekend of June 2019. The biggest international YC event during the GPM anniversary year for participating teams of more than 10 countries with an excellent final score.
For the first time in the history of iPMC, the teams were given an online simulation task by the British provider Prendo, in which project management skills of the participants were put to test. The team behind this event was the first one that decided to organize their documentation and Kanban boards in English so that we can easily share our knowledge with the next team from another country.
IPMC is the best example that GPM YC and GPM are moving closer together and the extremely positive effect that this collaboration bears. At the end of the event, participants’ satisfaction was very high, and the organization team achieved a great event that ended in a party with a lot of laughter and dancing. Perfect timing to show how important the youth organization is! 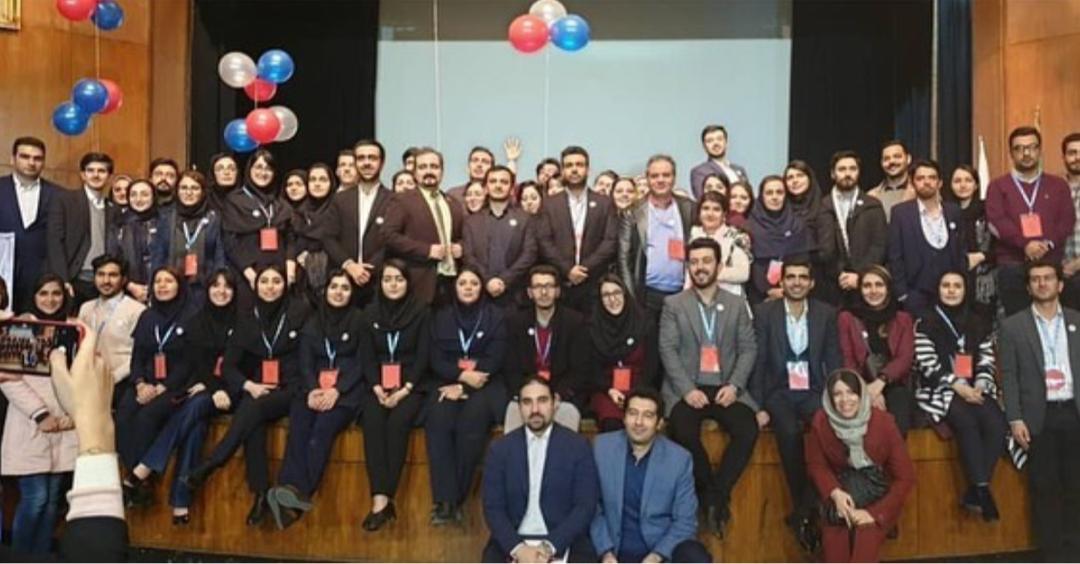 The Iran YC managed to hold the 2nd National Congress of Project Management for Youth in Iran. The event’s objective was to strengthen the network and the skills for young people interested in PM to succeed at a national level through all the activities planned such as workshops and presence of various delegates from different project-oriented companies and professionals.
The event was planned exclusively for youth, a limited-budget audience. There was no national event that aimed for young project managers before this. Social media platforms were the main tools for the team behind this to target those interested in congress.
Surely, all paid off! The event gathered more than 50 new members in the Iran YC Network, which is one of the most important achievements of the event. Also, we agree that Congress has the potential to be introduced as one of the prominent projects held only by young project managers around the world! 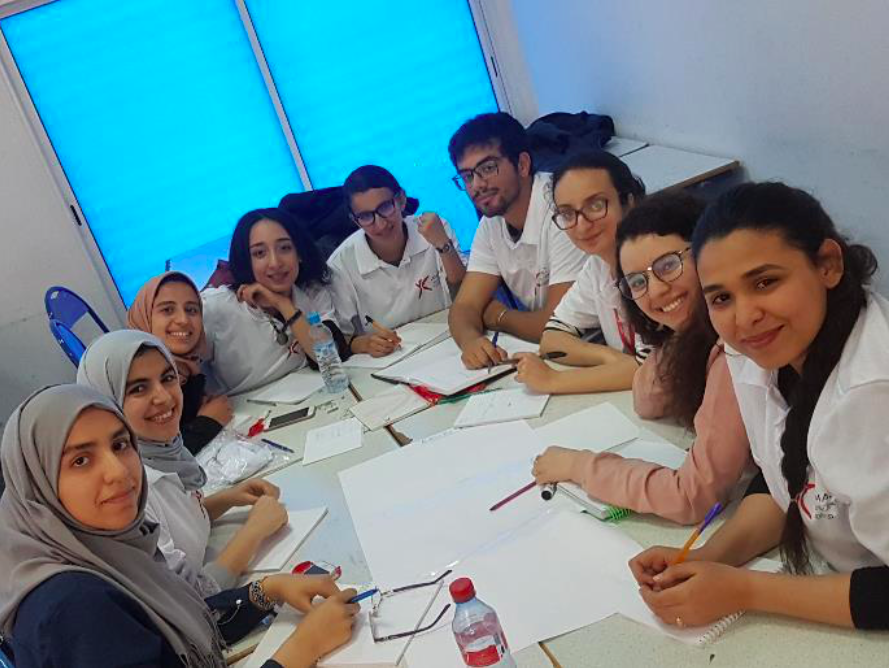 IPMA Young Crew Morocco is doing their best to raise students and promote awareness of project management skills and its good practices through e-learning activities, online events, webinars and workshops. They already have implemented an online platform for virtual education.
In their path to improve educational standards towards the PM community, they have organized meetings with top schools in the city for them to join this project and to create future activities to put forward their main goal: give back so much to the community! 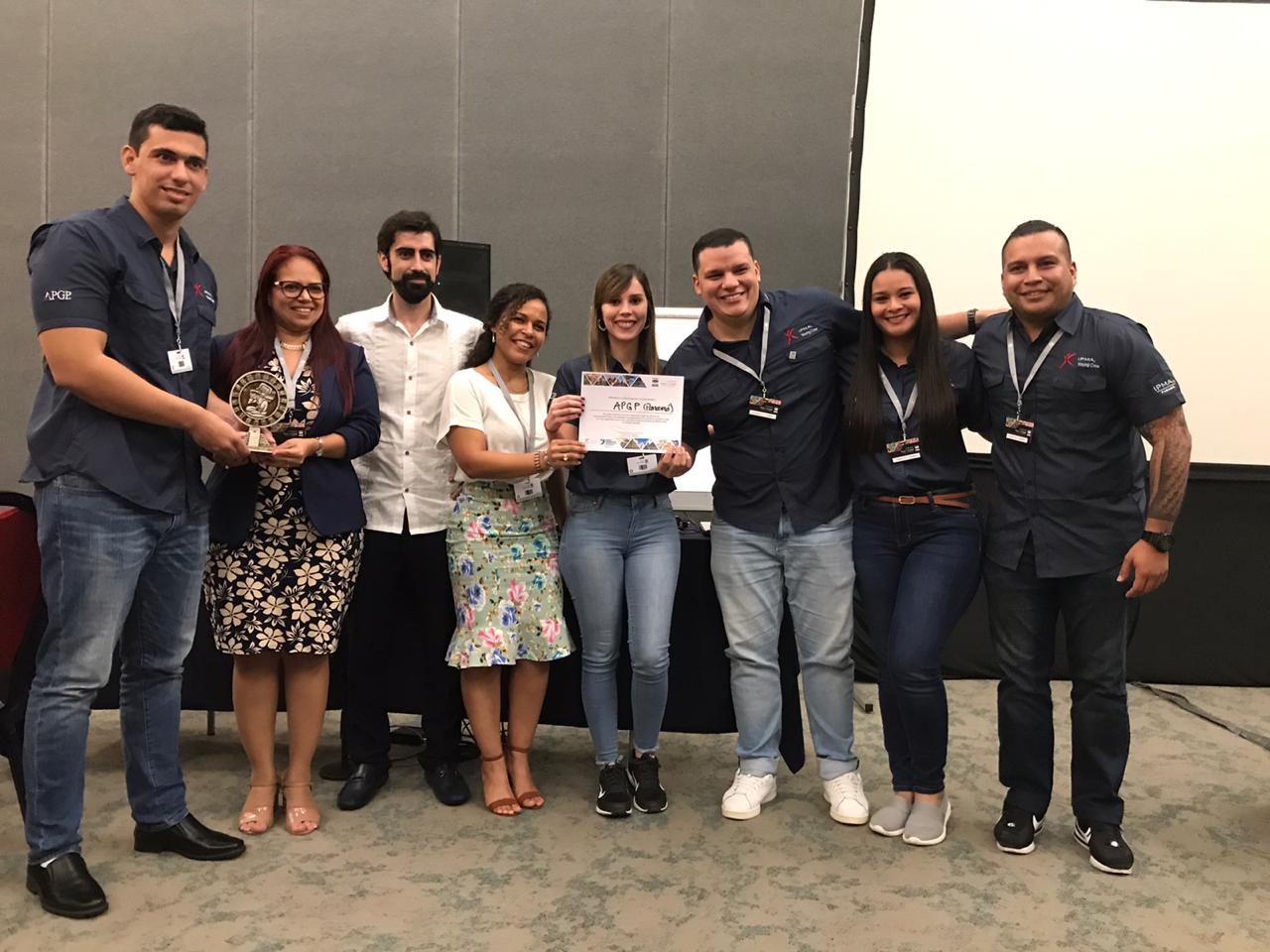 Programa de Jóvenes Profesionales (Young Crew Panama) had an outstanding 2019 year in his debut at the Young Crew Network. To achieve their main goal -2019 iPMC winners- they have faced lots of challenges: finance aids, bring attention to universities and create a highly competitive team to compete in the championship. After all the hard work, they identified a key factor to help them achieve their goal: to develop a business model plan, accepted by local universities to introduce the IPMA certification process into their undergraduate and master’s degree program. This massive achievement helped them fulfil their national and international goals.
More than 350 students participated in national events. They certified more than 120 candidates. They closed important local alliances with universities and other project management associations aimed to improve competencies of PM students.
As winners of the iPMC Americas 2019, the program caught big attention for more students interested in their broad portfolios, such as workshops, coaching programs, agile leadership certifications and more.
New challenges coming for Programa de Jóvenes Profesionales! 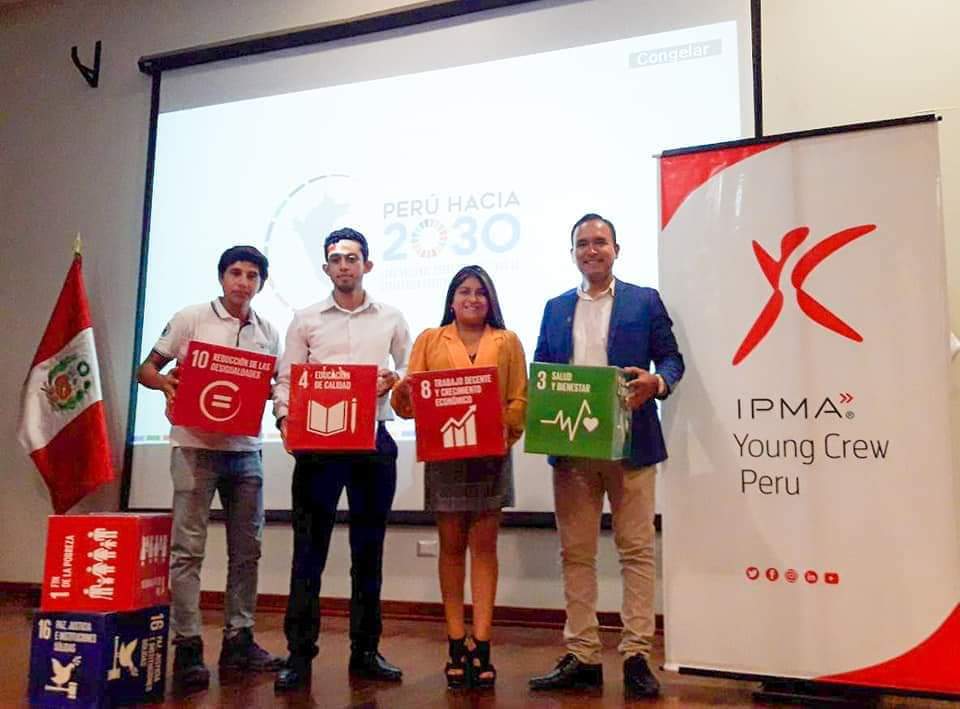 Young Crew Peru has activities mainly in the city of Trujillo (strong presence) and Lima (in smaller proportion). That is why YC Peru stated the strategic objective of the expansion and strengthening of IPMA Peru in the north and south of the country.
To get things started, the YC Peru team had to face many challenges, from promoting the training of the ICB standard, raising awareness about project management by competition, organization of events and workshops oriented to projects and competitions, as well as promoting strategic alliances with institutions in Lima, Trujillo, Piura and Arequipa (4 of the most important cities in the country).
The challenge was very difficult because IPMA standards are not widely recognized in Peru since PMI is a more consolidated institution in the academic and labour market. However, for the YC Peru team, it was possible to generate good synergies with various institution managers and some students from universities, who were suitable to lead YC teams and delegations in a collaborative environment to obtain the necessary resources and to carry out the planned activities.
Today, thanks to the efforts of the entire team, they have managed to expand and strengthen the IPMA organizations in 4 cities in Peru, allowing the community to be more recognized nationally, and they are coming back for more!