Quality: an Ongoing Concern for MAHAK

On the path of standardization of its performance, as the first NGO in the world, MAHAK voluntarily had its entire project management system assessed based on Delta assessment model by International Project Management Association (IPMA) which is one of the most advanced worldwide standard models.
Arasb Ahmadian, the CEO of MAHAK stated:” Delta assessment has occurred by the assessors of IPMA and MAHAK has received a certificate of its high level standard. This standard has been designed to assess and develop the quality of the project management system of organizations. IPMA generates notable added value for organizations by accurately identifying the most important areas of project development and the proper measures to improve them.”
Ahmadian mentioned that MAHAK has assessed its Project, Program and Portfolio (PP&P) processes and structures according to an international standard which is the Delta assessment model and he added: MAHAK is the only NGO in the world that has volunteered and exposed its processes to this high-level assessment and achieved the third level of this standard in its first trial and audit. It should be noted that only 10% of the organizations which have had the same experience, have been able to achieve the third level of Delta model in their first audit.”

Reinhard Wagner COD chairperson at IPMA, after declaring MAHAK’s score of 3 in Delta assessment stated:” MAHAK’s greatest achievement in performing the projects is the smile and happiness of cancer-stricken children and their families. In this organization I realized that love is not only defined in the mission of MAHAK but is also sensed in its projects. This organization has had a good performance in project management and MAHAK’s former achievements show that it is a skillful and capable organization; some improvements are required to be done though. In Delta assessment MAHAK has received the third score out of five based on its performance while only 10% of the organizations achieve this in the first assessment.” 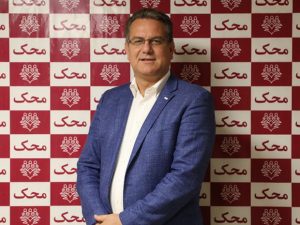 Gholamreza Safakish IPMA Vice President of Education, Training and Young Crew regarding this assessment said:” Achieving this privilege is a way to MAHAK’s progress by which it will be provided with a precise perspective of improvable aspects for achieving higher scores as well as the maturity level. By realizing its problems through this assessment, MAHAK puts its efforts on eliminating these defects which will lead to increase the trust among the ever-expanding family of MAHAK.”

A global achievement for the ever-expanding family of MAHAK

MAHAK is a service-based organization which has a huge responsibility towards the people’s trust. This charity organization requires having structures and systems that ensure the public donations are being utilized in the most effective and efficient way which results in productivity of resources. We look forward to receive the 4th level standard based on IPMA’s Delta assessment model in 2021 and stand at the top of project management system in the world by the support of the ever-expanding family of MAHAK and by continuous improvement of methods and systems which are part of the fulfillment of this organizations commitments in preserving and enhancing transparency and accountability towards all our stakeholders.