Megaprojects in the desert: the case of Morocco

During my visit to Morocco with IPMA Executive Board, I had an opportunity to enjoy beautiful Moroccan gardens, one of which (Majorelle Garden) was owned by a famous French fashion designer, Yves Saint-Laurent. Interestingly, in the past Moroccan houses were called riad which means garden in Arabic. These houses had a fountain in the center, which I found very charming. Afterwards, I found that the main reason for this building was to respect memory of the Garden Eden, where water in the center of garden has symbol for life. Within the attractive Moroccan culture and extremely hospitable people – who could think about megaprojects in the desert? Megaproject are present in Morocco, and tackle today’s challenges of the society in Northern Africa. As a country, Morocco is a gateway for exports to the United States of America, Africa and Europe (the three continents), and therefore has an important role in providing opportunities for international projects and collaboration.  The Moroccan government has pursued privatization and economic reforms since the 1980s, and now has an open, diverse market economy. Key sectors of the economy include agriculture, aerospace, phosphates, textiles and apparel. The tourism and telecommunications sectors are becoming increasingly important. Besides a growing number of projects and programs, there are a number of   megaprojects under way. Main reason for this are needs of a country. For instance, the country imports 95% of its primary energy supply     and more than US$80 billion is spent on imported oil. Therefore, the government created investment plan that will use US$150 million in financing from the Clean Technology Fund to became cleaner economy. Moreover, Morocco’s Investment Commission (AMDI) approved 36 investment projects in 2015 to generate 8,452 jobs.  And, there are plans to invest nearly $11 billion in solar and wind energy projects, aimed at turning the country into an exporter of alternative energy by 2020. 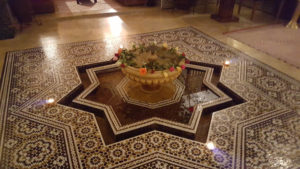 Megaprojects play a special role for Morocco because of direct influence in the economy of a country, in terms of raising numbers in new jobs, export, financial programs and strengthening the tourism sector.  One of Morocco’s green energy projects is a wind farm Tarfaya (project cost is around €450 million). It is a second largest park in Africa. Under the sun of the Sahara desert, there is a city with the nickname “door of the desert” – Ouarzazate. This city is the center for a megaproject (US$ 9 billion cost of the project), which consists of four linked solar mega-plants, which will provide nearly half of Morocco’s electricity from renewables by 2020. Through the solar power megaproject in Ouarzazate, Morocco will contribute to the energy security of the country, job creation and energy exports. The Ouarzazate project has earned Morocco the title of “solar superpower” as it is expected to generate around 160 megawatts, reaching 2,000 megawatts by 2020, according to the World Bank. Besides the World Bank and European Investment Bank, there are other financial institutions, which support this project and a competitively selected private partner. The Wessal Casablanca-Port (US$730 milion)  is a megaproject that represents a key part of a broader and far more ambitious initiative to revitalize one of Africa’s leading financial hubs. The future marina in Tangier (around €700 milion) represents an urban center, that will become an attractive international city by 2017 (new port in the center, marina, cable, high speed, etc.) On the other hand, a mTangier port  influences directly Morocco to become an attractive destination for tourism. Most of the megaprojects in Morocco are financed by investment banks and institutions like the World Bank, the European Investment Bank and others which lend money for important projects in energy, water and transport sector.Due to a raising number of megaprojects that influences on the society of Morocco, managers should adapt a new way of thinking and use the concept of project management for an effective implementation of those endeavors. IPMA Global Standards offer a road to success in such projects. 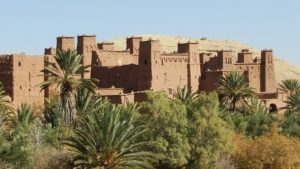 Sandra currently works as Assistant to the IPMA President and Executive Director. Since joining IPMA in 2012, Sandra worked in FMCG sector for Procter&Gamble. She holds Master in Economics from Faculty of Economics and Business, University of Zagreb. After graduation she continued at the same University the doctoral programme in Business Economics. Her particular research interest is behavioral economics.