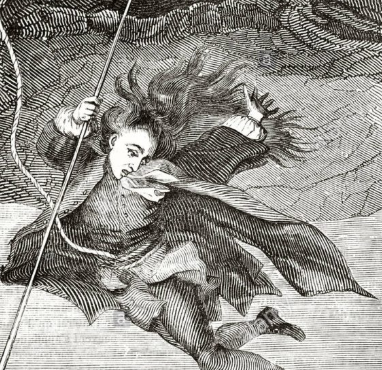 Niels Klim’s Underground Travels, originally published in Latin as Nicolai Klimii Iter Subterraneum in 1741, is a satirical fantasy novel written by the Norwegian-Danish author Ludvig Holberg. It describes a utopian society from an outsider’s point of view, and often pokes fun at diverse cultural and social topics such as morality, science, sexual equality, religion, governments, and philosophy. It also mentions people “making projects” and thus is another perspective from the late 17th and early 18th  century see blog posts [ http://blog.ipma.world/projectors-in-denmark-a-comedy-from-the-17th-century/; http://blog.ipma.world/project-maker-forgotten-masterpiece/; http://blog.ipma.world/world-projects-utopian-story-real-life/]

The story is set, according to the book, in the Norwegian harbour town of Bergen in 1664, after Klim returns from Copenhagen, where he has studied philosophy and theology at the University of Copenhagen and graduated magna cum laude. His curiosity drives him to investigate a strange cave in a mountainside above the town, which sends out regular gusts of warm air. He ends up falling down the hole, and after a while he finds himself floating in free space. During the course of the book, Klim vividly chronicles the culture of the Potuans, their religion, their way of life and the many different countries located on Nazar. After his two-month-long circumnavigation on foot, he is appalled by the fact that men and women are equal and share the same kind of jobs, so he files a suggestion to the Lord of Potu to remove women from higher positions in society. His suggestion is poorly received and he is sentenced to be exiled to the inner rim of the Earth’s crust. There he becomes familiar with a country inhabited by sentient monkeys, and after a few years he becomes emperor of the land of Quama, inhabited by the only creatures in the Underworld that look like humans. There, he marries and fathers a son. But again he is driven from hearth and home due to his tyranny and as he escapes he falls into a hole, which carries him through the crust and back up to Bergen again.

During his underground journey he experiences and reflects on people “making projects”: “At length we arrived at Potu, the capital, which is a particular magnificent and illustrious city… I was surprised to observe a criminal, with a rope round his neck… When I inquired the signification of what I then beheld, and asked of what the culprit was guilty, to deserve hanging, which is contrary to usage, since no crime in that country is punished with the pain of death; I was answered, that he was a maker of projects, who had dared to advise the abolition of a certain ancient custom… Should it [the invention] be proved injurious to the state, or that the projector had only aimed at his own individual advantage, in proposing any change or alteration, the culprit … is immediately tucked up without further ceremony. This summary way of proceedings has the effect of checking all factious and seditious disturbers of the public peace; so that very few persons dare venture to make any new proposition; every one being particularly cautious how he advises the repealing of any law, unless an advantage to the state is thereby so evident, that nobody can entertain a doubt of a successful result. The Subteraneans, everywhere, think very religiously of old laws; and the institutions and establishments of their ancesters are generally held very sacred; Since they are of opinion, that a state, through perpetually altering its laws and regulations, according to the whimsical and fallacious notions of a few individuals in power, must necessarily be weakened. Marry come up! Thought I to myself; how would matters go with the project-makers on our globe, who, under the pretence of exercising great economy, and introducing general retrenchment and frugality, tending to the prosperity of the country, are every other day meditating on new ordinances, laws, and regulations, solely for their own benefit?”

After his two-month-long circumnavigation on foot, he is appalled by the fact that men and women are equal and share the same kind of jobs, so he files a suggestion to the Lord of Potu to remove women from higher positions in society. His suggestion is poorly received and he is sentenced to be exiled to Martinia, the inner rim of the Earth’s crust. There he becomes familiar with sentient monkeys, and after a few years he becomes emperor of the land of Quama, inhabited by the only creatures in the Underworld that look like humans: “The repute in which projectors stand in this place, surpasses all description; and the more preposterous and impracticable a proposal is, the surer it is of meeting with the general approbation.” They are accustomed to say on a failure of a project: “If the result has turned out sad, the idea was still not bad.” And he continued: “I, however, never suffered my courage to sink; and as I perceived that I effected nothing by beneficial projects, I determined on trying whether, by means of an absurd and useless invention, I might not be enabled to make my fortune. I made known my design to a very discreet and judicious ape, who encouraged me with these word: “A thing recommended, which the neck may endanger, but racks not the brains, then it surely will take; the more it´s absurd, take my word, as a stranger, that by it your fortune you surely will make.”