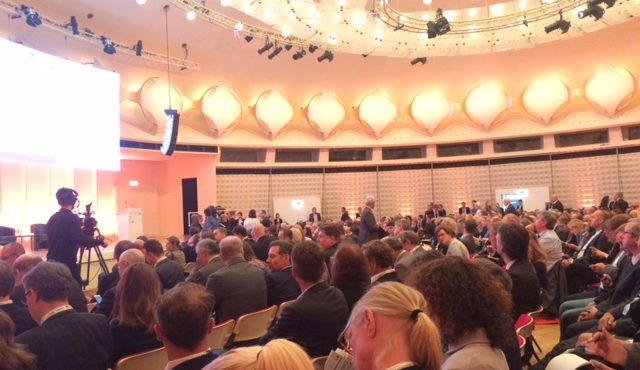 Key project management competences for the public sector in Germany

Last week, IPMA attended for the first time an event called ‘Congress for the future’ organised in Berlin with the support of GPM (Gesellschaft für Projekt Management) under the patronage of the German Minister of Defence Ursula von der Leyen and the Minister of Interior Thomas de Maizière. Both Ministers were present to deliver their view on the subject and chair a round table with actors from politics, science and research as well as professionals from the private sector.

It is the fourth event of its kind and this year 1400 attendees met in the German capital to address among many other topics embedded in the ‘Zukunftskongress’ ‘Transparency and efficiency in large public projects’ as well as ‘Project governance in the public sector’ and ‘organisational project management competence’. 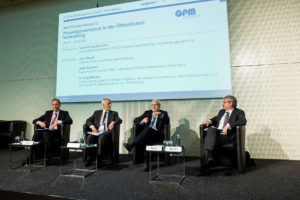 It is of no surprise that the Congress was dominated by the challenge of integrating one million refugees in the German Republic following the recent vote by parliament of an ‘Integration law’. Other topics like the Energy Agenda, the Digital Agenda and the modernisation of the public sector were also critically highlighted in perspective of the future. Yet the topic was addressed from an IPMA well known practice, people and perspective point of view with related competences that need to be developed at many levels of the German administration. As Perikles wrote, ‘we can’t predict the future but we can try to be better prepared for it.’ This approach was some kind of mantra that was followed through most of the debates. As an example, the Defence Minister clearly underlined that to prepare its ministry for the future, i.e. the largest German employer, a culture of transparency, the right to commit errors, diversity in the management structure and new governance principles were necessary to prepare for the future. This supposes to strengthen the role of project managers in dealing with Megaprojects, with a direct reporting line to the under secretary of state and minister. This also means that Project Management is well understood as a new management concept which needs to be implemented rather sooner than later in the public sector. 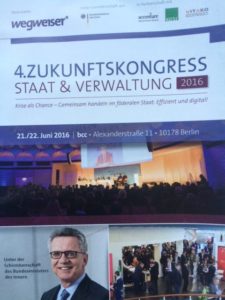 For this occasion, GPM published a book on ‘Project management in the public sector with best practices at federal, regional and local level’. This book and the concept of the congress could be with no doubt an inspiration for other member associations of IPMA to tackle the complexity of spreading the PM profession and PM competences in the pubic sector. The visibility impact for the German association through this event but also the work generated by such an event in terms of innovation, training and certification in the public sector is tremendous. It also increased the awareness that organisational competence becomes critical in addition to the competence of well-trained and experienced individuals.

Through its competence network, IPMA was able to make a modest contribution to the workshops by giving an international perspective and sharing experience on how countries like the UK, The Netherlands and Norway deal with ‘taming the trolls of major public projects in the making’. Among the approaches mentioned were the concentration on the pre-project phase that should not be too short, the creation of a cross-ministerial competence centre for Megaprojects reporting directly to the Chancellor, an engaging quality gateway concept, an ex-post evaluation of accomplished project by researchers and a change of the political culture where the purely political sub-system should be separated from the ‘administrative/operational sub-system’ through a adequate governance model.

Lastly, the event was professionally organised with many sponsors supporting the event in a great venue of the congress centre at the heart of Berlin.

As the Germans say, ‘oh wie ist das schön und auf Wiedersehen in 2017’. Congratulations to the GPM Team from IPMA !