The Fourth Industrial Revolution … and what it means for project management! 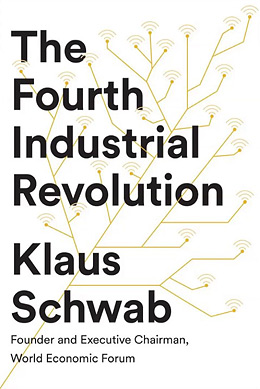 Klaus Schwab, the founder and Executive Chairman of the World Economic Forum, has published a new book with an attention-grabbing title: “The Fourth Industrial Revolution”. Schwab explains that we have a chance to shape this revolution. It will fundamentally alter how we live and work. Characterized by a range of new technologies that are fusing the physical, digital and biological worlds, the developments are affecting all disciplines, economies, industries and governments. Revolution denotes abrupt and radical change. A first (industrial) revolution was triggered by the construction of railroads and the invention of steam engines. The second was mainly based on electricity and automated assembly lines. And finally, the third revolution was fueled by the development of semi-conductors, the computer technology and internet. “By enabling the smart factories, the fourth industrial revolution creates a world in which virtual and physical systems of manufacturing globally cooperate with each other in a flexible way. This enables the absolute customization of products and the creation of new operating models… The fourth industrial revolution, however, is not only about the smart and connected machines and systems. Its scope is much wider. Occurring simultaneously are waves of further breakthroughs in areas ranging from gene sequencing to nanotechnology, from renewables to quantum computing. It is the fusion of these technologies and their interaction across the physical, digital and biological domains that make the fourth industrial revolution fundamentally different from previous revolutions.” The tipping points of the revolution are expected around 2025. By then, an estimated 10% of people are wearing clothes connected to the internet, 5% of consumer products printed in 3D and the first transplant of a liver, to mention only a few.

Klaus Schwab mentions also the impact of that revolution. It will certainly have an impact on economy, some argue a negative (e.g. losing jobs), others argue that new opportunities drive new employment and growth. The typical industry job will be replaced by modern technology, but who is developing and applying these new technologies? New jobs and highly qualified profiles are expected, so qualification is key! Skills of the future are “Cognitive abilities”, “Systems skills”, “Complex problem solving” and “Content skills”, followed by “Process skills” and “Social skills”. The nature of work will also change. “The on-demand economy is fundamentally altering our relationship with work and the social fabric in which it is embedded. More employers are using the “human cloud” to get things done. Professional activities are dissected into precise assignments and discrete projects and then thrown into a virtual cloud of aspiring workers located anywhere in the world. This is the new on-demand economy, where providers of labor are no longer employees in the traditional sense but rather independent workers who perform specific tasks.” Business models will change, customer expectations are taken more serious, even are detected by data mining before the customers may be aware of that patterns. Digital, physical and biological worlds overlap and interact, a hybrid fusion is taking place. It is more difficult for governments to govern this developments. It is less important where a product is being made, rather were it being developed (e.g. for patent rights) and thus national borders are increasingly meaningless, production is being done on a global level.

What does the Fourth Industrial Revolution mean for project management? Certainly an increasing number of projects, an increasing importance of the management of such projects, but a different management, I tend to even replace the word management by “orchestration” or “facilitation”. Projects are performed to enable innovative products and services, they require a flexible and context-adaptive facilitation. They happen in the virtual space with people that are loosely coupled. Intercultural and social skills are required to guide those individuals, being far away from the “factory”, which might be a virtual workspace or an online lab. People join for one projects, dissolve and reassemble in a different composition. Teams are increasingly fluid and thus require a flexible style of organisation, like a nomadic tribe with tents or other hybrid organisations. The specialization of people working in such an environment requires them to acquire new skills in order to be attractive for the organisation offering opportunities… and the leadership style will change as there are no dependent employees anymore but “coworkers”. The leadership style required reminds me more of the one a conductor of a high-profile orchestra needs. Every piece requires new specialists to join, or a new composition of the team, to perform the piece. New world, new projects and a continuation of the (r)evolution of project management…