Last year was a very busy and successful year for IPMA. We celebrated our 50th Anniversary during the World Congress in Panama, the first World Congress ever held in Latin America. Our federation of national PM Associations has grown significantly in the last decades, the 50th Anniversary Book shows the development since the beginning in 1965 and offers great insights into the global network.  During the last decade we added more than 20 new associations to our network, most of them in Latin America, but also the Asian-Pacific Region and Africa are gaining speed. We expect also in the next years a steady growth in order to reach our strategic goal of 90 Member Associations at the end of 2020. In 2015 we were also very productive what concerns IPMA Global Standards. Early 2015, the IPMA Code of Ethics and Professional Conduct was published. During the Panama event we released the fourth version of the IPMA Individual Competence Baseline (IPMA ICB) and a brand new standard, the IPMA Project Excellence Baseline (IPMA PEB), which builds on the well-acknowledged IPMA Project Excellence Model for our Awards. The IPMA 4-Level Certification System is well established. Since its beginning more than 250.000 people received their certificate from one of our national Certification Bodies. In 2015, several thousands more joined the family. Together with the ICB4 the set of internal regulations – IPMA Certification Regulations (ICR) – were updated and will be implemented the coming years. Most important, besides the well-established certification for project managers and PM Consultants there will be specific certificates for program and portfolio managers in near future. Last but not least, several organisations performed an IPMA Delta assessment and gained a respective certificate. More products and services will follow the next years based on these standards. It is also worth mentioning the intensive outreach of IPMA into the world of project, program and portfolio management. Personally, I could attend conferences, events and workshops in more than 20 countries this year, including but not limited to the Council of Delegates meetings at Dublin and Panama, the IPMA Research Conference at Stellenbosch / South Africa, national events as well as a conference on Megaprojects, organised by our newly formed Special Interest Group (SIG). The IPMA Blog was started in March 2015, through more than 80 Blogposts we shared our ideas and reached out to the profession in all regions of this world, a great success and powerful tool in the world of social media. 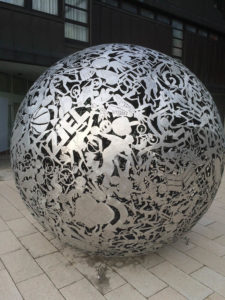 What will the future, especially the year 2016 bring? Definitely a lot of challenges, as we were faced already in 2015 with many challenges. In my country we were overwhelmed by a massive increase of refugees coming to find shelter and escape war in their home country. The United Nations forecast an increasing number of refugees for 2016, to reach more than 60 million people worldwide. A change and more peaceful cooperation between religions, nations, ethnical groups and political forces is needed in order to find a new model of living together on this planet. Another challenge is the climate change which causes floodings, earth quakes, heat and drought. Luckily, the signing of the treaty in Paris helps to tackle the problem, but many projects and programmes are needed now to make that change happen. Economically, we did not really recover from the financial crisis in 2008. Europe is still struggling, Northern America recovered, but the BRIC-Countries are in troubles and emerging economies need time to build-up their economies and fill the gap. More and more activities in the public and private sector are performed through  projects and programmes. In Germany, more than one third of the GDP in 2013 was performed through projects, it will reach 50% in near future. This requires all organisations to develop the competences for managing projects, on all levels, the individual, project and organisational level. The increasing importance of projects requires – besides the known methodologies of “Managing of projects” – a change towards “Managing by projects”. All levels of an organisation are affected by the change and need to learn, how to align projects with the strategy, e.g. through a project portfolio, and develop competences described in the IPMA Organisational Competence Baseline (IPMA OCB). This includes education and training for all employees in an organisation, starting with the leadership personnel in their special roles for managing by projects, and all people engaged in projects. Another challenge for the future will be to manage projects with limited or scarce resources. In the developed economies these scarce resources are people, in developing economies limitations are rather financial resources, managerial competences, creativity, water, food, energy or other kinds of resources. This is why sustainability and resilience will be key concepts to be considered for the way we manage our projects. 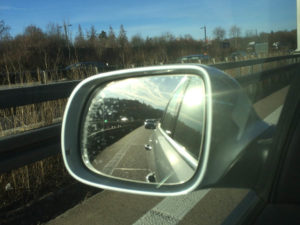 2016 will bring a lot of change, to us individually, to IPMA, to the profession and to the world at large. We should not be afraid of change, it is a constituent part of projects. This is why in the ICB4 a new competence element was added, the competence for “change and transformation”. We need to learn how this will impact the way we perform projects and deal with divergent stakeholder interests. Change and project management are like two sides of a coin, they go hand-in-hand and are guided by the strategic ambition of the embedding organisation. During the Baltic PM Days in March 2016 , we will exchange more ideas of how we can better embrace change for our projects. After 50 years of growth in IPMA, we will discuss potential changes of the governance system and the organisational setting. Growing from a small European-centric Association in the early years to a global federation of 90 Members Associations requires a change in the setting. We will preserve our unique federal structure, strengthen the regionalisation and develop new offerings. We will continue the development of standards: at the moment we develop a competence standard for Consultants, Coaches and Trainers (ICB4CCT) and will start another standard soon, this will be the basis for advanced offerings in education and training as well as certification. Last year we decided to switch from an annual World Conference to a biannual mode. Thus, in 2016 we will have no World Congress, but an Inaugural Regional Conference in Sydney for the Asian-Pacific Region, organised by the Australian Institute of Project Management. Other regions may follow and have their own regional events. A big change and opportunity for regional exchange and networking. Finally, we need to provide more support to those, who are lacking professional competences, methods and tools. We will start a project called “IPMA Coaching4Development”, which aims at reaching out to project managers, projects and organisation in the developing countries, to the not-for-profit sector and especially to humanitarian aid initiatives. They often are very passionate about their activities, but lack project management. We want to encourage volunteers from our network to help those in need and thus adding benefits to the society. Altogether we can cope with the future challenges, embrace change and shape a better future. Happy new year and happy projects! 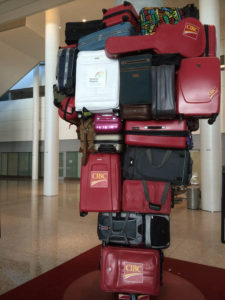