Ciao, Russ! You will remain forever in our hearts* 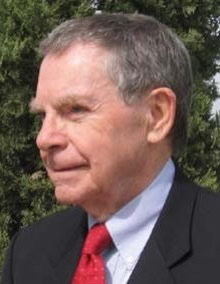 The World has lost a true Change Agent, with the passing of Russ Archibald on Sunday, May 3. And in this post, rather than focusing on our loss, we celebrate his life with testimonies of the experience and insights of a few practitioners who worked with Russ.
In the testimonies below, you will read about Russ’ impact on our practice of project and program management, and on the World. I add just a few mentions of Russ’ Change Agent impacts:

For more information about Russ’ background and contributions to the practices of Project and Program Management, see his personal website: http://russarchibald.com/. And, watch PM World Journal, for David Pells’ Tribute to Russ Archibald. David is another long-term collaborator and partner with Russ.

Testimonies from Key Industry Leaders Who Worked With Russ Archibald

Bob Youker, USA; IPMA-USA Co-Founder, IPMA Honorary Fellow
I first met Russ at the meeting in Atlanta years ago (the late 1960s) where we first set up Project Management Institute. I was president of Planalog at that time and Russ became a mentor to me. His original book “Network-based Management Systems (PERT/CPM) Wiley 1967 was perfect for me selling a CPM tool. It was my original education in Project Management.
Over the years we had a chance to meet at the PMI® and IPMA® conferences around the World. Several times we organized discussion groups on new topics such as what are the key differences between different types of projects. Russ credited me with valuable contributions in each of the three editions of his second book, “Managing High Technology Programs and Projects.
When I worked at the World Bank and he was set up as an independent consultant, I was able to assist him in obtaining a contract for training in Pakistan with the Water and Power Authority at their training centre at Tarbela Dam on the Indus River. This enabled him to take a wonderful trip up into the Himalayan mountains in the valley of SWAT. Russ was a superstar! 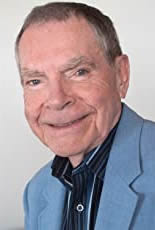 Like everyone else, I was deeply saddened by the news brought to us by David Pells that Russ had passed on. I have known Russ since we first met in Washington DC working on a programme with the National Nuclear Security Agency. We had many happy years working in a close-knit team to help improve project management in an area that we all felt could benefit from specialist knowledge.
Although we all contributed, it was Russ who had the greatest impact. His depth of knowledge gained through decades of experience across continents and industry sectors was profound. But what really set Russ apart was his humility, ability to make people feel comfortable in their own knowledge yet eager to learn from him. Russ was a perceptive colleague with the ability to transfer knowledge in an unassuming but highly effective manner.
Russ contributed to our profession in so many ways, he freely made his knowledge available, he conducted research and encouraged others to do the same and above all else was a friend to so many people. His organizational contribution was incredibly broad: he was a founder member of PMI, was a very early member of APM and was involved in IPMA from the very beginning. I well recollect the conversations we had as we toiled up the very steep hill from our convent accommodation to the Conference Centre in Rome for the World Congress, a hill that he said got steeper as the congress wore on! These contributions were made over a long lifetime – as we say in the UK, along innings played well. Russ was a consummate professional in the very best sense of the word, and much loved by friends around the world. I am proud that I could call him a friend. — Miles Shepherd

Reinhard Wagner, GPM, Germany; IPMA Chair
Probably there are people who knew Russ much longer than I did and also spent much more time with him. Nevertheless, it is important for me to reflect my memories of a man who literally impressed me. It was many years ago at an IPMA World Congress where I met Russ for the first time. His alert eyes looked up at me, scanned me with interest and a dialogue began that I found incredibly impressive.
You have to imagine what the man experienced in his 96 years of life and what he could tell again and again in all details. He was a legend when it comes to project management and generously shared his experiences with others. It is important to deal with the contemporary witnesses of the early years of IPMA and PMI because in the early days this was a sworn community united by the common interest in advancing project management.
We should all take a model from Russ and shape project management TOGETHER. That was always his mission, until the very end when he was working on pioneering concepts in the book project “Cognitive Readiness for Project Teams”. We will miss you, Russ. But I am sure that your legacy will shape our discipline for a long time to come. Rest in peace now. — Reinhard Wagner

Ivano Di Filippo, Italy; Research Partner With Russ
(An extract from LinkedIn) Hi Russ, this is the last email that I will have the chance to write you and unfortunately, I know you will not reply to me this time, so I thought to send it to you through a social network, a place where you can generate a collective emotion, to reverberate together with the others my greeting, yes because you have been loved by an infinity of people spread all over the world.
What could I tell them, inform them, that yesterday you passed serenely? Of course, but I would also like to tell them how you lived by creating a glimpse of our beautiful, invaluable working relationship and above all friendship was.
A sincere friend with whom I started a research trip on project management 9 years ago.
Nine years ago, a moment, a life, I met by chance (or perhaps by fate) a man that is considered by many professionals the father of PM, a majestic and unattainable figure who was able, simply, to make me feel important from the first day we met. I can recall how I was speechless when you said that you have been looking for someone who believed in your own ideas for many years… — Ivano Di Filippo
See https://www.linkedin.com/pulse/last-email-great-dear-friend-russell-archibald-ivano-di-filippo/

Russ Archibald’s Final Chapter
In 2015, on Youtube, Russ introduced a new book, published by CRC Press, that he co-authored with his grandson, Shane Archibald: “Leading and Managing Innovation: What Every Executive Team Must Know about Project, Program and Portfolio Management“.
See https://www.youtube.com/watch?time_continue=250&v=tgijIH1_eM4&feature=emb_logo

* The title of this post is from Ivano Di Filippo, who used it in his tribute to Russ on LinkedIn.