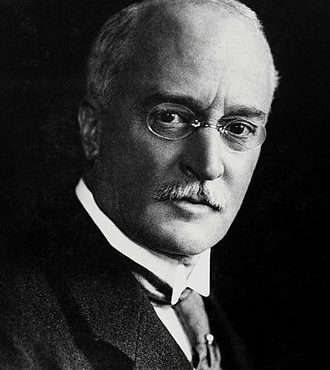 Against all odds – learning from great projectors: Rudolf Diesel

You are all encouraged to write about great projectors out of your context so we may learn from them and improve our way of performing projects. “Projector” is a term introduced by Daniel Defoe in “An Essay upon Projects” (1697). It refers to people that “project” into the future and thus make them real. A true projector is “he who, having by fair and plain principles of sense, honesty, and ingenuity brought any contrivance to a suitable perfection, makes out what he pretends to, picks nobody’s pocket, puts his project in execution, and contents himself with the real product as the profit of his invention.” History is full of those people, let´s make use of their stories by explaining the narrative behind.

Rudolf Diesel was a German inventor and mechanical engineer, famous for the invention of the diesel engine. He was born 1858 as the child of German parents in Paris, attended school in Augsburg and studied at the Royal Bavarian Polytechnic of Munich under Prof. Carl von Linde (another engineering legend) and worked as a director at Linde Factory, where he developed first drafts of a “rational heat engine”. Diesel was a genius and a visionary theorist too. Despite several setbacks and difficulties he just moved forward with his ideas. In 1893, he signed a contract with Heinrich von Buz at the Machine Factory Augsburg to build a prototype engine. During the same year patent No. 67207 Working method and design for combustion engines” was filed. Three years later Diesel opened an engineering office and build a second engine. In 1898, he started his own diesel engine factory and the General Society of Diesel Engines and was awarded the “Grand Prix” Award during the World Fair in Paris in 1900.

The invention of Rudolf Diesel was based on the idea of compressing pure air in the engine´s cylinder and causing the fuel to self-ignite due to the heat of compression within the cylinder. This method was intended to achieve a greater level of efficiency and thus less fuel consumption than all previous driving machines and engines (e.g. the Otto engine which appeared in 1876). However, the design required a pressure inside the cylinder of 150 atmospheres, in the original sketches a maximum pressure of 250 atmospheres was mentioned, impossible to be realized during that time. This is why his first proposal to the Machine Factory of Augsburg was refused. After several mail inquiries, the Machine Factory allowed him (on a non-binding basis and in small stages) the construction of a prototype engine. After three and a half years, the test series were finally concluded successfully and the Technical University of Munich carried out the official acceptance tests with a level of efficiency of 26,2 %, which was the highest level ever to be achieved by an engine at this period of time. The production of engines started in Augsburg, but other companies in Germany, Europe and the USA were granted a license to build Diesel engines. Rudolf Diesel became a millionaire. Nevertheless, he faced severe quality problems in the factories, the share price crashed as quickly as it had risen and in addition, he had to deal with patent disputes, since his invention did not correspond exactly with the main claim of patents. Finally, Diesel suffered a nervous and physical breakdown and had to spend time in a sanatorium in nearby Munich. In the night of 29th September 1913 he disappeared over-board on a sea crossing from Antwerp to Harwich. All the signs point to it possibly having been suicide, although the circumstances of his death have never been fully explained…

For the Machine Factory Augsburg and the successor company “Maschinenfabrik Augsburg Nürnberg (M.A.N)” the invention of Rudolf Diesel became a great success story. After several improvements of the engine sales improved, 1923 a first vehicle diesel engine with direct non-compressed fuel injection was put on the market, followed by a truck engine one year later. The diesel engine became widespread in many other applications, however, such as stationary engines, agricultural machines, submarines, ships, and much later, locomotives. Diesel engines have the benefit of running more fuel-efficiently than gasoline engines due to much higher compression ratios and longer duration of combustion. Temperature rises more slowly, allowing more heat to be converted to mechanical work.

However, diesel engines have recently become subject to considerable negative publicity thanks to the amount of toxic emissions they produce. Some governments are planning to discourage their use or even ban them from urban areas altogether: “Heating air in an engine produces nitrogen oxides (NOₓ) which include the toxic nitrogen dioxide (NO₂), greenhouse gas nitrous oxide (N₂O) and nitric oxide (NO), which reacts with oxygen to form NO₂. In a petrol car, these can be cleaned up by a three-way catalytic converter so that it emits on average around 30% less NOₓ than a diesel car, without after-treatment. The fine particulate matter (PM) that diesel engines produce also causes cancer and can have acute respiratory effects. Particulate filters in car exhausts can reduce PM emissions by more than 90%, but they require good operating conditions and regular maintenance. They can also produce more nitrogen dioxide, making diesel one of the main sources of this toxic gas.”