This blog article is part of series of interviews of persons that have shaped the life of International Project Management Association during the past 50 years.
Interview with Mr. Klaus Pannenbäcker, Honorary Fellow of IPMA, former IPMA President and former President of the Gesellschaft fuer Project Management, the German member association of IPMA , Nürnberg 31.07.2019 (by Amin Saidoun)

How long have you been working with/for IPMA in various forms?
In 1969 I attended my first World Congress in Amsterdam. From 1994 to 1996 I was President of IPMA after Morton Fangel. From 1996 to 1998, I was a Chairman of the Council. In 1998, I was first foreign Assessor in Slovenia, Slovakia, Croatia, Poland, Egypt, Portugal, Russia, Ukraine, Iceland, India and South Africa. In 1999 I became co-author of the International Competence Baseline – ICB3.

What were the 5 biggest achievements you remember you contributed to IPMA in your various functions?
After the elections in Prague in 1994, I became IPMA President. I got the idea to create an international driving license for project management that includes

What was IPMA’s biggest challenge when you were President and what did you learn from it?
“To steel inventions and pieces of work from colleagues and sell them for my own needs”.

How do you measure success and over what time frame? How are these metrics determined?
I measure the success through figures with negative connotation: complaints from contractors and participants, candidates who failed at exams, non respected success promises, personal defamation

If you could be doing anything right now about IPMA, what would it be? Why?
For some larger member associations and during one year I would let the work of the trainers be done by the assessors and vice versa.

If you had to choose only one goal for IPMA to achieve what would it be?
After proven and visible successes, IPMA would obtain an official/state recognition regarding the profession named „Projekter/Projector“.

What is the one thing that made you upset about IPMA?
The envy among academics.

What is your favourite movie/story? Why?
“War and Peace” from Leo Tolstoy, as it realistically depicts events that took place in the 19th century.

If money was not an issue, what would you do? Why?
I would give everybody the same amount of money and ask after 100 days: what did you do with this money?

What is the best lesson or moment of insight that you have received while being with IPMA?
I like to ask in group work, who has a better proposal? If there is no answer my answer is „then we follow my proposal“.

What is one thing that you should do differently today? Why?
I often expect from someone what I myself can endure. This expectation appears often to be harmful

What is your list of important questions that you would like to find answers to? Why for each one?
Why people freak because of minor details?
Why people rather exaggerate or understate instead of remaining honest?

What gets you the most excited in life?
When I can make a proposal that other people accept.

If there was one person that you could meet who would it be? Why?
My parents: because I would still have a lot to ask them.

What moment in your life are you the most proud of? Why? How can you duplicate more of these moments?
I had many moments in my life that made me proud. This is why I do not have a „most proud of“ moment. This is why I try to remember how I feel about being happy. Most of the time I can visibly grin.

What is the one thing that you are most scared of doing? Is it because it is wrong or because it scares you to a high degree?
Just for clarification: when it comes to be cared of something, I do not know a safe way out. This is why being scared can be increased, decreased or overcome. When it comes to anxiety, I think about a damage and in this case I generally have a way out. Therefore I can’t reply correctly to the question.

Are you more concerned with today or tomorrow? Why?
As today is yesterday in a second and can today only be described in subjunctive mode, it makes more sense to think about the day after tomorrow.

What is the most important question that IPMA needs to ask itself?
Which added value can be achieved through applied project management?

What are five things that you know that IPMA should be doing now?

What is your favourite quote?
“There is no PM standard but only PM similarities”. Each project is unique and so has the right, to produce content the processes in an individual manner. The project leader is often compared with a conductor of an orchestra, who can and wants to practice with the best players.
Therefore the conductor practices with the orchestra until the day of the concert. The public thanks the orchestra for one single performance. Often the concert is worth to be attended by different audiences; one speaks about a series. A builder calls this “townhouses”. These houses are unique and therefore similar projects, as they are planned and built for different house owners.

What is the one fear that IPMA should work on overcoming this year? Why and how?
Thanks to a clear separation between qualification and certification under one common roof, we were able to establish a market leadership, but competitors such as PMI has still the leadership because they simply only developed basic tools in qualification and certification. IPMA is enthusiastic about its four level system. The world of projects does not want qualified project management leaders but uniformly educated project management soldiers. Therefore PMI has successfully overtaken us with digital/remote certification. An idea for IPMA?

If you could give a lot of something, what would it be? Why?
My joyfulness, because there are many exasperated people out there. 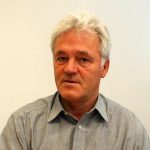