The IPMA Award Team focuses on advancing countries/regions to be positive IPMA contributors and contenders in the IPMA Global Project Excellence Award contests at national, regional and international levels. This Team fosters a distinctive performance, competition and learning as this attracts, retains and adds value to our stakeholders.

The mission of the Award Team is to facilitate IPMA Family members as instrumental partners in the development and promotion of project management towards Project Excellence with regard to individuals, teams, organisations in the respective direct and indirect environments. 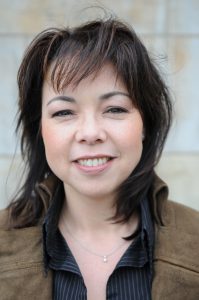 Pau Lian is senior consultant at AT Osborne B.V., an independent management and consultancy firm in the Netherlands. Since 1999 she has been working for principals in the areas of large infrastructure projects as well as for principals in mostly the public environment. Pau Lian helps organisations during change processes, fulfils positions in the field of quality management, carries out audits and (project) evaluations and delivers lectures and training. In addition, her work week centres on the NETLIPSE programme (www.netlipse.eu) that focuses on gathering and discussing good practices and lesson learnt on the management and organisation of large infrastructure projects in Europe. Pau Lian is NETLIPSE Programme Director. Since 2007 Pau Lian has been involved as (lead) assessor of the IPMA Project Excellence Awards. In 2011 she helped initiate the Project Excellence Awards scheme in the Netherlands and acts as one of the Assessor trainers and co-author of the first edition of the IPMA Project Excellence Baseline (2014-2015).

The IPMA Awards PMO is responsible for: coordination of the marketing and assessment process for all awards, including organization of the assessors training, assessors’ team composition, preparation of the Jury and final reports. It is a first contact for the current and potential applicants and those who are interested in the Project Excellence Model. Additionally, the IPMA Awards PMO supports the establishment of the national Project Excellence Awards and Achievement Awards. 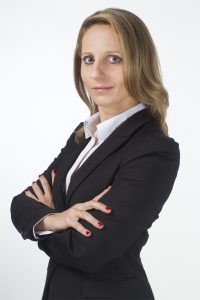 Ewa Bednarczyk has run the Award Office since 2007. In years 2010-2012 she served as SPMP (IPMA-Poland) Vice President responsible for the Polish Project Excellence Award. Ewa graduated from the Cracow University of Economics and Avans Hogeschool in Breda. She is an IPMA Level-C® and PRINCE2® Foundation certificates holder.